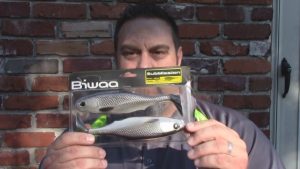 Swimbaits are taking the fishing world by storm.  Once thought as only a Western phenomenon, swimbaits began capturing the attention of the country when Byron Velvick won the 2000 Western Invitational at Clear Lake.  The attention piqued again in 2007 when Steve Kennedy won at Clear lake, then Jay Yelas began using swimbaits that same year on the FLW Tour to win the Angler of the Year Title.  Velvick won an Elite event at Clear Lake on a swimbait followed by Skeet Reese at Smith Mountain Lake, then swimbaits had become national.

In between those events and since, swimbaits have become popular on lakes across the country, but they still are not mainstream lures like crankbaits, swimbaits, jigs or 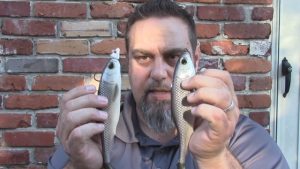 For those of you wanting to get into swimbait fishing, a cost effective brand to begin your experiment is the Biwaa Submission lineup, and our managing editor Dan O’Sullivan demonstrates a trio of rigging methods on the 8-inch Unrigged Submission.  The Submission comes in 4, 5 and 8-inch versions and range in price from $8.99 for a four pack of the 4-inch / 3 pack of the 5-inch or $14.99 for an 8-inch rigged with an internal harness and two treble hooks.