I don’t know where I’ve been; probably with my head buried in a laptop, but it occurred to me all of a sudden that the tournament season starts this week. I was talking to some of our partners here at Advanced Angler today, and they were talking about getting products out to their pro staffers that are fishing in tournaments.

I kind of allowed my head to catch up to my ears and realized that they were right. There are two major tournaments happening this weekend in Florida; and one of them carries with it a qualifying slot to the 2013 Bassmaster Classic in Tulsa, Okla. 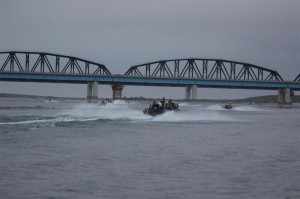 The Bassmaster Southern Opens kick off Thursday on Florida’s Harris Chain of Lakes out of Leesburg, and two and a half hours south of Leesburg, the Southeastern Division of the FLW Everstart Series begins on Lake Okeechobee.

It’s funny to think that just yesterday I was celebrating Christmas with my family, and now I’m thinking about the 2012 tournament season. As we are just getting ready for the 2012 outdoor show season to begin here in the West, anglers are fishing in shorts and short sleeves with flip flops on Florida bass factories.

The majority of the country owes Florida a debt of gratitude for the tremendous genetics we have in our Florida Strain largemouth, but to be truthful; Florida can be a cruel mistress to tournament anglers on her lakes. Think about the most recent events we witnessed last year and what that means to this year.

In January of last year, Gerald Swindle started his season out like a gunshot by winning the first Southern Open on The Kissimmee chain of Lakes to grab his first B.A.S.S. win and become the first person to earn a trip to the 2012 Bassmaster Classic on the Red River in Shreveport / Bossier City, La. his 80-pound, 13-ounce total set him on a track for fishing relaxed and aggressively all season long, and2011 became his best season since winning the 2004 Toyota Tundra Bassmaster Angler of the Year Title.

Shaw Grigsby won the first Elite Series event on The Harris Chain last year by sightfishing, and while he has a 29-pound limit on day two to take the lead, he also had a bag that weighed less than 14 pounds on the final day. Then Edwin Evers won the Citrus Slam by coming from behind on the final day to overtake Alton Jones and local favorite terry Scroggins for the win. 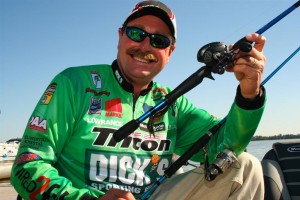 During the FLW Tour Open on lake Okeechobee in February of 2011, Brandon McMillan came from behind as well when the tournament leaders slipped. While the leaders brought in 27 to 32 pound bags the first two days, many of them slipped up and opened the door to be overtaken.

That’s Florida fishing and a great place to start of the tournament season because it certainly builds some levels of tension immediately.

Since 2006, The Bassmaster Classic signaled the launch of the tournament season. Kind of like the way that the Daytona 500 signals the start of the NASCAR season. But, now that tournament organizations are trying to fit the majority of their events into the first half of the year, early season events happen, and we get a preview of what the major league season will be like.

Of course, both the Southern Open, the Southeastern Everstart, and the B.A.S.S. Central Open on Lake Lewisville will all have Elite Series and FLW Tour pros in the fields. That means we’ll get a chance to see how the potential crop of Tour Rookies will fare against the big boys.

This past year, we got a glimpse of some of them in their respective divisions, and it’s safe to assume that some of these anglers will have a chance to make a lasting impact. It always seems to take a little while to really get their footing, but some of this year’s class has a chance to make their marks; much like Keith Combs, Brandon Palaniuk did on the Elite Series and Shawn Murphy and John Cox did on the FLW Tour.

With the changes in the scheduling from B.A.S.S. and the expanded schedule of the FLW Tour Majors and Opens, it’s a safe bet the 2012 will prove to have different players when it comes to winning lures. Last season was the “Sightfishing Showdown” on the Elite Series for much of the first half of the season, then offshore patterns took hold.

The FLW Tour proved once again to be very diverse, as jerkbaits did very well early, then wound up with the Paul Elias “shot heard ’round the world” with the Alabama Rig at Lake Guntersville in the fall.

The Elite Series is unique this year, in that this will be the first time in several years that the tour does not stop in Alabama, and it does not have any Tennessee Valley river Authority lakes on the schedule. The schedule is might have a couple of sightfishing derbies on the schedule again with the first two stops in Florida, but with the events being later in March; they could be postspawn tournaments thanks to the weather the country has had this year. 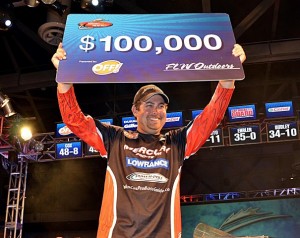 The FLW Tour should have a sightfishing event to start with at lake Okeechobee, but will quickly turn back into a pre-spawn fest as the schedule moves north for the next two events. The great thing about FLW’s schedule is that we’ll get to experience late summer and fall fishing patterns as well.

Whatever happens, the fact that tournament season is upon us is reason for excitement. Anglers pushing the limits means more entertainment and education for the rest of us, and a whole batch of new stories from which to draw from for the tackle industry.

It certainly will be an interesting year; it usually is.