One of the biggest draws in the sport is Kevin VanDam, regarded by most as the best angler who has ever competed in professional bass fishing.

With that said, his Under the Lid episode has been one of our most watched.  Typical of anything he does, KVD shared all of the details of his Nitro Z9; how he sets it up, why he does things that way and how it helps him on the water.

So, sit back and revisit Kevin VanDam – Under the Lid from the Tracker Marine Media Days in 2011 at Table Rock Lake. 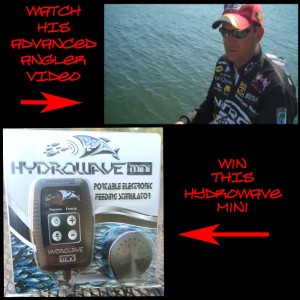 Watch Kevin VanDam‘s Under the Lid Episode and comment on this post with a feature he loves about his Nitro Z9.

Then LIKE and SHARE and a participant will be randomly selected to receive a HydroWave Mini. Ends Monday January 6, 2014.