What Do Bass Pros Do on a Rain Delay? 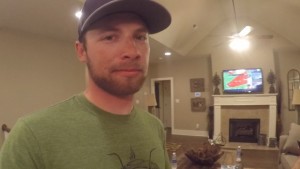 Last week was the second Bass Pro Shops Bassmaster Southern Open on Smith Lake in Alabama, and as can happen, the area was greeted with some sketchy weather.  That incoming weather caused B.A.S.S. Officials to cancel the first day of the tournament, which meant that nearly 400 anglers would be sitting on the bank instead of fishing.

We wondered what bass fishing professionals do when a day of a tournament has been cancelled.  We asked Ish Monroe what he, Brandon Palaniuk and roommate Bill Day would be doing on that day.

Here is their exciting response, filmed and produced by Palaniuk on his GoPro gear.