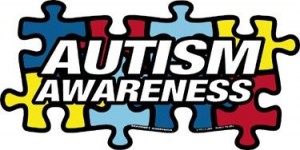 Salem, Va. – April 5, 2016 – A group of professional bass anglers are creating another Autism Awareness campaign on the BASS Elite Series this year during the month of April. John Crews took an idea given to him from Kevin VanDam for the Elite anglers to pledge a dollar amount per pound of bass they catch during the month of April. Crews is coordinating the pledge and asking fellow pros to take the pledge for Autism and take it to social media.

“Last year, I was blown away with almost every single Elite angler flying an Autism Awareness flag so it will be hard to top that. This year, I am asking my fellow pros to take a pledge to donate a dollar per pound of bass they catch during the month of April. Anglers can pick the Autism charity of their choice. I am encouraging all pros to talk about the whole program on social media because our cumulative reach is huge,” John Crews explains.

John Crews is planning on donating a dollar per pound of bass he catches during the month of April to two charities. He is donating to the Blue Ridge Autism and Achievement Center near his home in Virginia and to Autism Speaks, a national Autism charity. With the Elite Series having 3 events that have competition days during April, there could be a nice amount of weight he and the other anglers accumulate.

Kevin VanDam, Mike Iaconelli, Randall Tharpe, and Ish Monroe are already on board with pledging money for Autsim along with Crews. All the anglers are going to be encouraged to join in to create awareness for Autism and help raise money for various Autism charities and services. Eli Delaney, Autism activist and avid bass angler, started and runs My Little Buddy’s Boat, which is an Autism charity that Iaconelli will be donating his total to this month. Be sure to tune into each angler on social media to see where and how much they are donating.