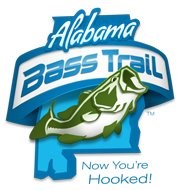 Decatur, Ala – The Alabama Bass Trail will appear on network television next year when its Tournament Series airs on Fox Sports Southeast. Thirteen episodes and 65 re-airs will be televised on Sunday mornings.

FSS will televise 13 original 30-minute episodes to 10 million homes on Sunday mornings at 8 a.m. in the second half of 2016, officials said. Each show will feature a different tournament location. Footage will be taken on the water, during takeoffs and weigh-ins and will also include in-depth interviews with the tournament winners.

“Being able to televise the Alabama Bass Trail Tournament Series on Fox Sports Southeast will allow us to feature our lakes, anglers and sponsors on a huge stage for outdoorsmen,” said Kay Donaldson. “The exposure will not only be a bonus for the fishing industry in general, but will benefit the state of Alabama.”

While the episodes take viewers inside the boats of the competitors as they navigate the lakes of Alabama, a production crew will film local eateries and attractions in the host city of each tournament location.

“Although our Bass Trail is just a few years old, it has a strong foundation and solid reputation. Being on television will encourage even more anglers to come to Alabama and fish our lakes and rivers. This is a great way to bring economic impact to rural areas all over the state,” said Lee Sentell, director of the Alabama Tourism Department.

Fox Sports Southeast is, owned by Fox Cable Networks and operated as an affiliate of Fox Sports Networks, is available in over 10 million homes throughout Alabama, Georgia, Tennessee, Mississippi, South Carolina and a large portion of North Carolina. For more information on Fox Sports Southeast, visit www.foxsports.com/south

The Alabama Bass Trail Tournament Series gets underway February 20, 2016. The tournament trail contains two divisions: North and South. Each division is made up of five tournaments on five different lakes. Maximum number of boats for each division is 225.