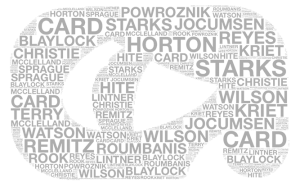 “It’s awesome to see the number of top ranked pros that rely on Amphibia from a performance standpoint. 2014 saw three Elite Series wins including a remarkable sight-fishing win by Jacob Powroznik. This does not happen by accident. Our Aqua Armor technology is second to none.” Jeff Gibson, President.