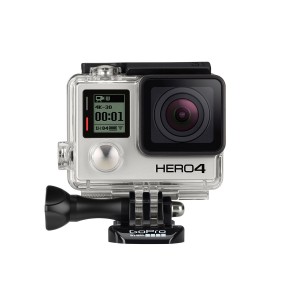 SAN MATEO, Calif. — GoPro, Inc. (NASDAQ:GPRO), enabler of some of today’s most engaging content, announced the launch of the GoPro Best Catch Contest: Powered by Bassmaster campaign, offering anglers around the U.S. the opportunity to win a loaded Nitro Z21 boat, motor and trailer package powered by a Mercury 250HP ProXS motor and top-notch electronics.  Contestants can submit their best raw GoPro clips of a bass catch for a chance to win monthly prizes and become eligible to win this grand prize worth over $50,000.  The contest kicked off on Sunday, March 15, 2015 and ends on Friday, July 31, 2015.

“Every fisherman has their epic catches – the stuff of legends and stories retold to fishing buddies year after year,” said Paul Crandell, Senior Vice President of Marketing at GoPro. “We want to motivate and inspire bass anglers to capture and share those moments in the way that only a GoPro camera can and are excited to partner with Bassmaster for the best catch contest.”

GoPro will be rewarding five monthly prizes from March to July, 2015 and one grand prize winner will be chosen as the Best Catch of 2015.

How to Enter:
During the Contest Period, anglers nationwide are encouraged to visit www.bassmaster.com/gopro and upload an original video filmed with a GoPro camera of an angler catching a bass. Videos must not exceed 5 minutes in length or 300MB in file size. Judges will review submissions based on cinematography and composition, perspective and degree of shooting difficulty, character and catch and overall beauty and lighting.

Contest Details:
There will be two phases of each monthly judging period. In Phase One, all eligible entries received during each monthly entry period will be judged by a panel of GoPro employees to determine 25 finalists.  In Phase Two, each of the 25 finalist entries will be judged by a panel of Bassmaster media and video experts to determine one monthly winner.  The monthly prize package includes over $2,400 worth of gear from GoPro including a new HERO4 Silver camera and various mounts and accessories.

On or about September 7, 2015, the five monthly prize winning entries will be re-judged by a panel of Bassmaster and GoPro media and video experts.  The entrant that receives the highest total score based on the Grand Prize judging criteria will be deemed the Grand Prize Winner.

“Our bass fishing fans have quickly embraced the new GoPro video systems, and they’re just beginning to tap their potential for fun, informative and high-quality cinematography,” said B.A.S.S. CEO Bruce Akin. “This contest and its great prizes will be an inspiration for them to push the envelope even further and faster.”

To submit a video, for more information on the promotion or to view the official rules, consumers can visit www.bassmaster.com/gopro.

About GoPro
GoPro makes the world’s best selling and most versatile cameras, enabling people to capture immersive and engaging footage of themselves during their favorite activities. GoPro’s HERO line of wearable and gear mountable cameras are used collectively by more consumers, professional athletes, and video production professionals than any other camera in the world. Based in San Mateo, California, GoPro’s products are sold in more than 35,000 stores in over 100 countries worldwide and direct via GoPro.com.