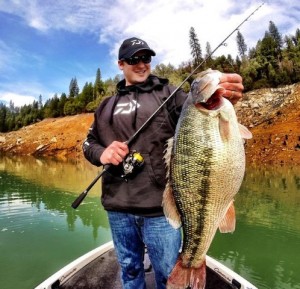 Meyer, the 2014 FLW Tour AOY Runner-up, will be using Daiwa rods and reels. Meyer said, “I have had a long relationship working with Curt (Arakawa), Daiwa’s marketing manager. We worked together for many years prior to him rejoining Daiwa. I always enjoyed working with Curt. The fact he is with a premier rod and reel manufacturer like Daiwa made joining their pro team an easy decision.”

Curt Arakawa manages the Daiwa team that is loaded with talented anglers that include; 2014 Bassmaster Classic champion Randy Howell, two tour standouts Ish Monroe and Andy Montgomery, Forrest Wood Cup champion Brent Ehrler, 2004 Bassmaster Classic champion Takahiro Omori, and other top-tier anglers. Arakawa said, “We feel Cody Meyer is a top-tier angler and has many titles in his future. We know our product will help him in his quest to win events, championships, and angler of the year titles for the remainder of his career. My time working with Cody in the past was always a pleasure, he understands what his sponsors need and always did a great job. He’s an excellent addition to our pro team.” 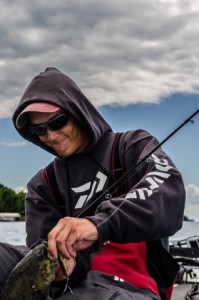 Seth Feider joins the team after many years using Daiwa product. “I’ve always used Daiwa products, I’ve had one particular Daiwa reel on my boat for almost 15 years.” Feider added, “That reel is a testament to the quality and durability of Daiwa products. It’s still in perfect condition, but I think I will be replacing it with a new Tatula or Zillion reel for the Elite Series season.”

Arakawa is impressed with Feider’s fishing ability and brand loyalty. “Seth has been fishing excellent and we are excited to see how he does on the Elite Series trail in 2015. One thing I really liked about Seth is his loyalty to Daiwa. His love and knowledge of our products has shown, he’ll be a valuable asset to our brand.”

Meyer is also impressed with the products, “I can’t get over how great the product is. I have been fishing with it quite a few times this off-season. I really put the equipment through the test in freezing temperatures with some catching giant 7 to 9-pound spotted bass. While all the gear has been fantastic, one thing that stood out to me was the Daiwa Steez spinning reel, it’s the smoothest reel I have ever used – even in the worst possible conditions.”

Ehrler’s been a dominant force on the FLW Tour and with Major League Fishing for most of his career. 2015 is the start of a new chapter in his career, the B.A.S.S. Elite Series chapter. “I am more excited about this upcoming season than I have been in quite a while. I really like the schedule, and with eight tournaments there are more opportunities to win.”

In regard to Daiwa, Ehrler stated, ”Daiwa products have been and will continue to be an integral part of my equipment. I made the switch to exclusively all Daiwa rods and reels before last season, and I couldn’t be happier. The product, from top to bottom, is rock solid and cutting edge. The biggest improvement in my fishing has been in my casting distance and accuracy with the T-Wing System (TWS) on the reels.” 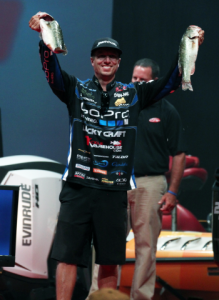 “I think all of us here at Daiwa, along with the rest of the bass fishing fan base, are really looking forward to seeing Brent fish the Elite Series. He’s one of the most recognizable professional anglers on any circuit and we think he’ll do exceptionally well against the B.A.S.S. anglers,” said Arakawa.

Meyer kicks off his 2015 season at the FLW Tour Lake Toho event on March 5, 2015. Feider’s and Ehrler’s first event will be the Bassmaster Elite Series event on the Sabine River on March 19th.

For Daiwa’s latest color catalog and/or information on Daiwa dealers in your area, call Daiwa’s Customer Service Department at 562-375-6800 or e-mail inquiries to: info@daiwa.com. The URL for Daiwa’s website is http://www.daiwa.com.