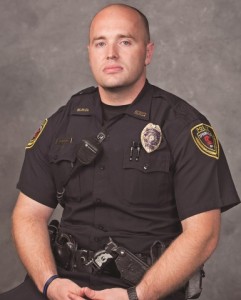 Officer Aaron Pearson was shot while on duty in Springfield. Groups from all areas have rallied in support to help Pearson and his family.

SPRINGFIELD, Mo. (Feb. 13, 2015) – Lew’s and the Missouri Fraternal Order of Police have teamed in a major fundraiser to benefit Springfield, Mo., police officer Aaron Pearson  and his family. Pearson was seriously wounded late last month while responding to a burglary call.

The fundraiser, deemed the “Team Pearson Boat Raffle,” is the result of Lew’s officials providing the FOP with significant prizes to stimulate ticket sales in support of the Pearsons’ needs. The grand prize is a fully rigged 2015 Ranger boat with trailer and a Mercury 250 horsepower outboard motor, a package valued at $75,000. The two runner-up prizes are considered “dream fishing trips,” as each is with a nationally recognized angler.

One trip is with Hank Parker, host of the “Hank Parker’s Outdoor Magazine” television show and a two-time Bassmaster Classic champion. The other trip is with Jason Christie, a highly successful Bassmaster Elite Series and FLW Tour bass tournament angler, who is currently ranked the #1 pro in the world by BassFan.com. Both trips are for the respective prize winners and a guest.

The Parker prize package is valued at $10,000 and the Christie trip $5,000. All three prizes also include an assortment of fishing rods, reels, tackle bags and lures. Raffle tickets cost $20 each and can be purchased at www.officerpearson.com.

Lew’s is headquartered in Springfield. CEO Lynn Reeves says that Pearson is a true American hero, and the team at Lew’s has a responsibility to help.

“Officer Pearson is an American hero,” Reeves said. “He sacrificed to keep our community safe. We know that it’s now our turn to make sure Aaron and his family have everything they need to see them through their challenges ahead.”

While Pearson has been steadily improving, and is now out of the ICU, he will face long-term care and rehabilitation. 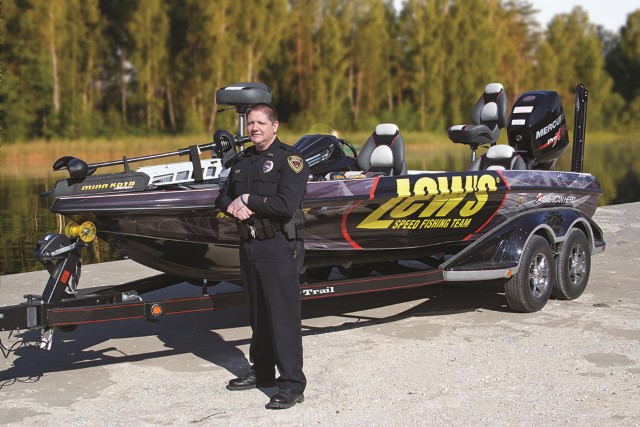 Mike Evans, president of the Springfield Police Officers Association, stands alongside the “Tournament Ready” 2015 Ranger bass boat that is the featured item of a grand prize package that local-based Lew’s and many of its fishing industry friends helped provide for a raffle to benefit wounded Officer Pearson

“Aaron’s an outstanding officer and we’re ready to stand by him,” said Mike Evans, president of the Springfield Police Officers Association. “So many local businesses have come forward to help, and we’re thrilled to see this effort from Lew’s. With everyone coming together for this raffle, I think we’ll be able to take great care of Aaron and his family. And that’s what it’s all about.”

Team Person Boat Raffle tickets are available for purchase during the period of Feb. 13 – May 31, 2015. A third-party accounting firm will conduct the drawing on June 5, 2015.

The Missouri Fraternal Order of Police Foundation is a 501c3 non-profit organization. The Missouri Constitution, Article 3, Section 39(f), states that any organization recognized as charitable or religious pursuant to federal law may sponsor raffles and sweepstakes in which a person risks something of value for a prize. Such laws vary by state. The Team Pearson Boat Raffle is void where prohibited.

Visit www.officerpearson.com for more details about Officer Pearson, the fundraiser and prizes.