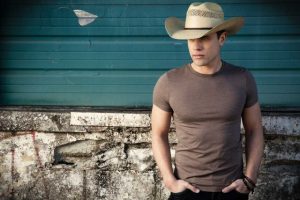 HUNTSVILLE, Ala. (July 25, 2016) – Country music superstar Dustin Lynch will perform a free concert on the Walmart weigh-in stage at the Propst Arena in the Von Braun Center in Huntsville on Sunday, August 7, starting at 4 p.m., prior to the final weigh-in of the world championship of professional bass fishing, the 2016 Forrest Wood Cup presented by Walmart. The concert is presented by WDRM 102.1 radio.

Lynch occupies a unique place in today’s country music. Thanks to his classic sensibilities, he’s been heralded as the heir to George Strait’s throne. Yet with one listen to, “Where It’s At” it’s obvious the young Tennessee native knows how to combine his traditional influences with an edgy intensity that places him at the vanguard of today’s contemporary country scene. Racking up over 25 million views on YouTube/VEVO, soaring to #1 on the MTV Music Meter and selling 2.4 million digital singles, fans and critics alike are buzzing about Lynch’s undeniable, high-energy live show.

“A high-energy performer like Dustin Lynch will be the perfect way to celebrate our season in Huntsville,” said Patterson Leeth, FLW vice president of marketing. “Bass fishing and country music fans of all of ages are going to be in for a fantastic evening.”

Lynch is currently performing with Luke Bryan on his 2016 KILL THE LIGHTS Tour. He is the only artist Bryan has handpicked as an opener for a second time.

The Forrest Wood Cup presented by Walmart, the world championship of bass fishing, returns to Wheeler Lake and the Huntsville, Alabama, area August 4-7 to crown bass fishing’s top angler of 2016. Hosted by the Huntsville/Madison County Convention & Visitors Bureau, the tournament will feature 50 of the world’s best bass-fishing professionals and co-anglers casting for the sport’s biggest award – $300,000 cash.