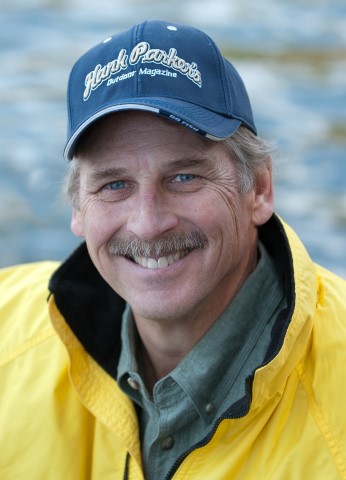 SPRINGFIELD, Mo. (Nov. 18, 2014) – Two legendary names in fishing, Lew’s and Hank Parker, have teamed in a promotional agreement for 2015 to carry the family fun of fishing message into millions of American households across the country.

“Hank Parker’s Outdoor Magazine” will celebrate its 29th consecutive year on television when its 2015 season begins on Dec. 29. The Lew’s brand got its start in the 1950s, but has been on a rapid resurgence in popularity ever since new ownership in 2009 has steadily introduced an all-new lineup of rods, reels, combos and accessories.

“Lew’s and Hank Parker’s images and brands have closely paralleled one another over the past three decades, meaning we take our fishing seriously but have a lot of fun in doing it,” said Lew’s CEO Lynn Reeves. “While the sport will always be about the sheer pleasure of spending time together on the water with family and friends, it’s the avid fishing enthusiasts like Hank that help inspire and educate all ages to get involved in the activity. Our goal is to introduce more people to fishing.”

Parker, who was once introduced during a CBS Morning Show appearance as the “rod-n-reel” answer to legendary pro basketball player Michael Jordan in “popularity and talent,” had success first as a bass tournament angler and champion before turning his popularity into a full-time career as an outdoor show TV host.

“Knowing the get-it-right product sincerity and passion behind industry veterans, Lew’s partners, Lynn Reeves and Gary Remensnyder like I do, I couldn’t be more thankful to have this opportunity to be part of their team,” Parker said. “Like our television show, they have something for all ages, skills and levels of fishing enthusiasts. We’re a great match and I’m pumped to get the new season started with Lew’s.”

Lew’s plans for Parker include in-show product use, 30-second commercials, Lew’s billboard exposures and having him serve as a spokesperson for the company’s fast-growing American Hero program.

Lew’s launched its American Hero initiative out of genuine respect for America’s military veterans and with a sincere promise to never forget them. The Lew’s American Hero baitcast combo, retailing for around $89.99, was named “Best of Show” in the combo category at the 2014 ICAST fishing tackle trade show.

American Hero is more than just rods, reels and combos though. It was developed to help organizations that that use fishing as part of their programs to help veterans return to life after military service. The Lew’s program has already provided fishing gear support to several such groups, including FOCUS Marines Foundation, Reel American Heroes Foundation, Operation HOOAH, Kentucky Pro Bass Warrior Foundation and more.

“Hank is as sincere as we are in his thank you to our American veterans. He’ll be making that quite clear on episodes of his television show and during public appearances across the country, including at the 2015 Bassmaster Classic and FLW Cup championship bass events,” added Reeves.