The ‘Sam Rayburn Slam’ is an open team tournament with over 135% payout, with a 1st prize of $10,000 based on a 100-team field. It will also feature additional youth and college team prizes. The main objective of the tournament is to bring awareness and to raise funds for Warriors Weekend. Warriors Weekend is a non-profit organization dedicated to the support of U.S. military veterans with an emphasis on those wounded in The Global War on Terrorism. (https://warriorsweekendtx.wordpress.com) 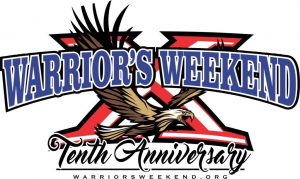 In conjunction with the event, there will be a raffle which will include a 70-quart Pelican cooler overflowing with products from Strike King, Owner, Seaguar, Shimano and Tackle Addict, along with a Minn Kota trolling motor and Power Tackle rods. Raffle tickets are 1 for $10 or 3 for $20 and can be purchased at http://wp.me/P6TxH1-fa.

Combs notes that there will also be auction including guided fishing packages with him, and other Elite pros such as James Niggemeyer, Greg West, Darold Gleason, and Clark Rheem. The auction will also feature two VIP tickets to the Professional Bull Riders Iron Cowboy to be held at AT&T Stadium in 2017.

The auctions are ongoing at https://www.facebook.com/KeithCombsFishing/. All proceeds from the raffle and auction will benefit Warriors Weekend.