JACKSON – Mississippi Department of Wildlife, Fisheries, and Parks (MDWFP) Fisheries Biologists have received recapture locations of 47 bass initially tagged and released at the Goshen Springs Landing during the first two weeks of March 2016. Biologists tagged 525 tournament-caught bass to learn about the dispersal behavior of released fish. 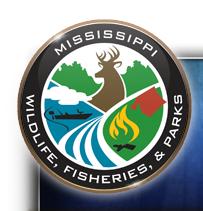 “We thank the anglers who reported catching a tagged bass, and we want them to continue letting us know when they catch a tagged bass,” said Ryan Jones, Fisheries Biologist.

Anglers who catch a tagged fish are asked to call (601) 432-2212 and provide the tag identification number, recapture location, preferably with GPS coordinates, recapture date, and whether the fish was harvested or released.