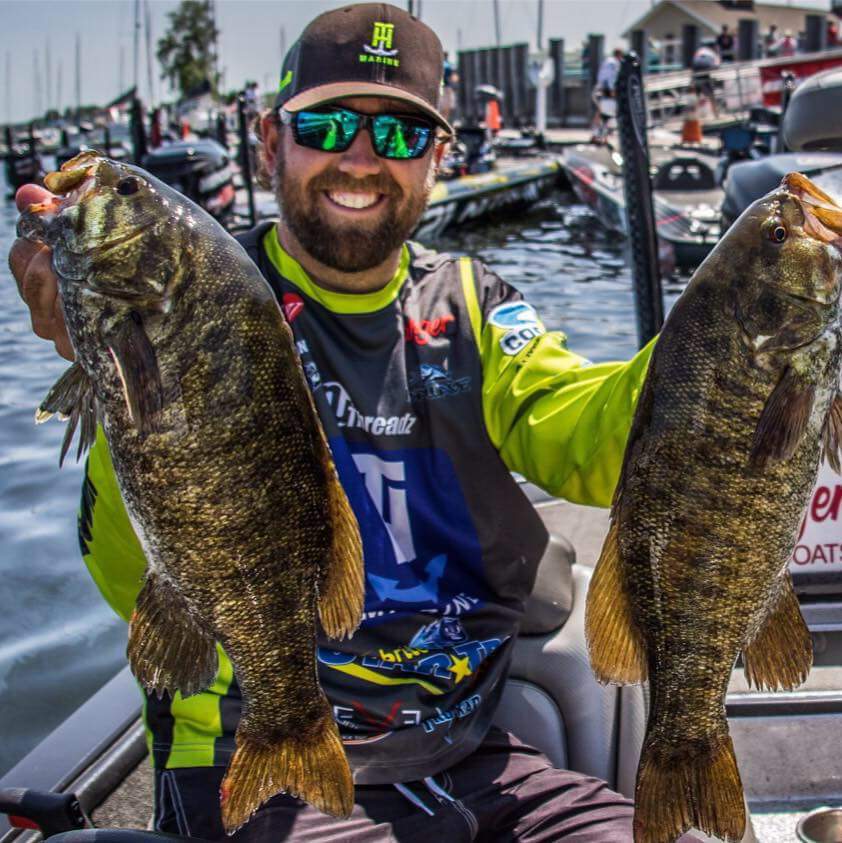 The pro angler, who hails from Lawrenceburg, Tennessee, hopes to qualify for the Forest Wood Cup this year and is in the hunt for Angler of the Year. He says the partnership with Vision Wheel is an ideal fit.

“I grew up in Southern Tennessee and cut my teeth fishing in Alabama, near the headquarters of Vision Wheel,” said Dunkin. “We put a lot of miles on our trucks around here and I’m excited to add some new rims to my rig and show the fishing world what Vision
Wheel is all about.”

The 33-year-old angler has competed at almost every level of the sport, from the Bassmaster Opens starting at the age of 19, to competing on the Walmart FLW Tour. In 2017, he will be entering his second year as a professional on the tour.

During his rookie pro season in 2016, Dunkin made two Top 20 cuts, and earned a Top 10 finish in the FLW Rookie of the Year race. As a co-angler in 2015, he took a win at Beaver Lake and qualified for the Forrest Wood Cup.

The personable angler has also been featured as a guest host on Bassmaster LIVE, and was an On The Water analyst for FLW during the 2016 Forrest Wood Cup.

“We’re thrilled to have Luke on our team this season,” said John Mathew, COO at Vision Wheel. “It’s important to us as a company to support the pros that believe in our products and the sport fishing community puts
our wheels to the test: they make long-haul tows through tough terrain to follow their passion and we’re pleased to be along with Luke for the ride in 2017.”

as one of the latest pros to join the Vision Wheel family.

Founded in 1976 and located in Decatur, Alabama, Vision Wheel is a manufacturer and distributor of quality aftermarket wheels for cars, SUVs, and light trucks, as well as ATVs and UTVs. The product range is available
in a wide selection of styles and sizes, including dually fitments and styles suitable for lifted trucks and toy haulers.