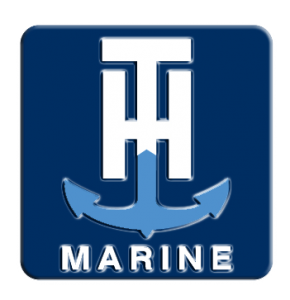 MINNEAPOLIS (Feb. 4, 2015) – T-H Marine, an industry-leading manufacturer of thousands of boat parts and accessories, has renewed its sponsorship with FLW, the world’s largest bass-fishing tournament organization, for the 2015 tournament season. Financial terms of the agreement were not disclosed.

“The quality and workmanship of the parts and accessories that T-H Marine provide make them an excellent partner in the FLW sponsorship portfolio,” said Patterson Leeth, FLW’s vice president of marketing.

Per terms of the agreement,G-Juice has been named as the official fish care livewell treatment in all FLW-sanctioned tournaments. Formerly known as U2 Pro Formula,G-Juice was developed from over 15 years of research spent in the bait fish, fish transporting and sport fishing industries.G-Juice is a single phase full functional water conditioner that removes chlorine, chloramines and ammonia from live wells and fish tanks while adding essential electrolytes and maintaining proper pH levels.

T-H Marine will receive exposure through multiple FLW outlets, including its website, tournaments and expos, social media communities and FLW Bass Fishing magazine. The Huntsville, Alabama-based brand will also continue to offer tournament anglers a chance at contingency prizes with their Atlas Awards program. Members of the program who are the highest qualifying finisher of at any sanctioned tournament and use certain T-H Marine products will receive a cash award in addition to their prize money.

“We could not be more excited about renewing our partnership with FLW,” said Luke Dunkin, sales account manager at T-H Marine. “To partner with an organization that shares the same love and passion for bass fishing and the outdoors as we do is a very special thing.”

ABOUT T-H MARINE
T-H Marine Supplies, Inc. has been serving the marine industry since 1975. They are a family owned and operated corporation that takes pride in every product that leaves their factory. They are boaters and fishermen who design products for boaters and fishermen. Their boat products are found on virtually every recreational boat built in the United States: including bass boats, pontoon boats, runabouts, ski boats, deck boats, offshore fishing boats, flats boats, aluminum fishing boats, and center console boats. You can find their products in retail outlets throughout the world.