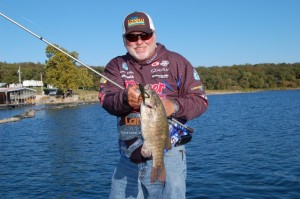 Forsyth, MO – Vicious Vision Premium Polarized Eyewear has signed B.A.S.S. Elite pro, Tommy Biffle. Biffle is one of the true veterans of the sport.  With nearly 30 years on tour and over $2 million in winnings, Biffle proved he still has what it takes to win when he took his seventh B.A.S.S. win in La Crosse, WI this past June. This was his fifth win in the past seven years.

In addition to winning seven times in his career, Biffle is set to compete in his 19th Bassmaster Classic in February, 2014 on Guntersville Lake, AL. In a staggering statistic, Tommy has finished in the Top Ten 59 times out of 303 professional tournaments – that’s in nearly 20% of his tournaments. He ended the 2013 season in 15th place in the Angler of the Year standings.

Biffle boasted, “These glasses are the real deal.  Over my career, I’ve worn a bunch of them, but nothing like this. When fishing the clear water up north, I could literally see rocks, grass lines and fish in 20+ feet of water that others around me couldn’t.  And while filming the latest MLF event, I had some sponsors in the boat that were shocked at what they could see when I let them use my glasses.  These things are going to help anglers catch more fish. There is just no doubt about it!”

“Tommy heard about our eyewear from some of the pros we signed early and I was honored when he came to see me at ICAST interested in trying them.  We believe firmly that our pros need to try the product first before we can even think about a deal.  Bottom line, Tommy loved the product and of course we wanted him. It’s pretty awesome to have someone with Biffle’s track record there to help us as we move forward,” said Dr. Doug Jordan, owner. 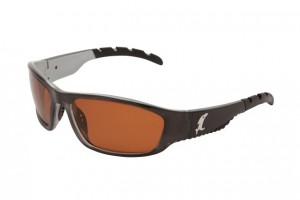 Offering a full line of performance eyewear under the trademark of Vicious Vision, the company is owned and operated by Dr. Doug Jordan.  Jordan is a 20+ year veteran of the eyecare and optical field.  He co-owns a large optometric practice with multiple locations in the southwest Missouri area.  Doug and his team are dedicated to delivering the highest quality optics and eye protection available today.  For more information regarding Vicious Vision, its family of products or where to purchase, visit Vicious-Vision.com.