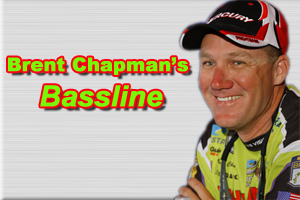 Last weekend I got my competitive juices flowing when I participated in my first Triathlon. The race included a 500 meter swim, a nine mile bike ride and a 3 mile run. I enjoyed it quite a bit and was able to finish it in one hour and sixteen minutes. If you haven’t done one of these, I highly suggest it. Sure its a lot of work, but when you finish one you’ll feel great, I know I did.

Before the event I figured I’d get a little practice in and went for a swim. I set out to swim across our cove here on Lake Quivira. I was about half way accrossed when I realized I was in trouble, I was done, I couldn’t go any further, it took all I had to make it to a buoy. Although, it was a scary situation to be in, it is quite humorous looking back. I had to scream for help clinging to a buoy in the middle of the lake. Eventually I made it back to shore so I could write this blog. 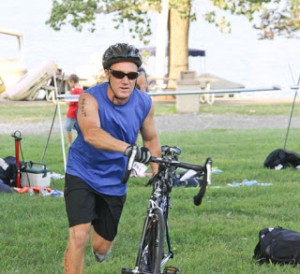 My near drowning experience taught me a lesson and hopefully I can share that lesson with some of you. I spend a lot of time on the water and from time to time I think, “if something happened I could just swim to shore from here.” Let me be the first to tell you it’s not easy, unless you swim more than short distances often. Keep in mind, I was prepared to swim, in a swimsuit and the water was warm. I could only imagine trying to do that in full clothing and/or in cold water or after a fall from the boat or worse. The whole thing was definitely an eye opener for me.

Back to the triathlon, next year I am going to shoot for under an hour. Plus, this year, after my near drowning, I wore a flotation belt to keep me on top of the water. It was tougher to swim with it on, but it was quite a bit safer. Safe was important, I have a Bassmaster Classic or two yet to win and I am pretty sure Bobbi and the kids would miss me, so I opted for safety first. Plus, from now on I will be wearing my life jacket quite a bit more on the water.

Other than that, I have finished getting all my deer stands set for the hunting season this year. Only a few more weeks and I’ll be up there looking for the biggest Kansas white tail I can find. In the meantime, I’ll try to get some work done around the house. 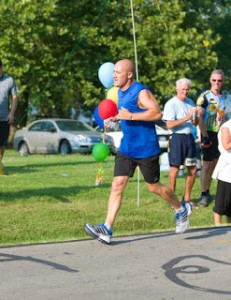 The kids are back in school now, so Bobbi and I had the chance to go hunting. Opening day for Dove season was Thursday September 1st and Bobbi and I hit the woods and did some shooting. I think this was the first time since 2002 that Bobbi had the chance to go hunting with me and she shot really well after such a long time off and we had a good time.

Another thing that has happened since my last blog is Bassmaster released the 2012 schedule. It’s an exciting schedule.

Heading back to the St. John’s river where I had a solid finish last season will be good. It’s also exciting to have a mystery lake on the schedule. I just hope it’s truly a mystery lake, but I think its going to be hard for them to keep it a mystery.

It takes a lot of hard work from a lot of people to put on an event of this caliber. All those people need to know about it well in advance including sponsors, the local chamber of commerce, etc. It’s back to back with our Wisconsin events you know it’ll have to be within a 4 or 5 hour drive from there. That narrows it down a bit. Overall, its a great concept and if they can keep it a mystery I think it’ll be a hit with the fisherman and the fans alike.