The last time I did my blog we talked about where I was going. I was going up to the North Country, and I was able to spend some time on Thousand Islands pre-practicing for the Elite Series coming up, as well as 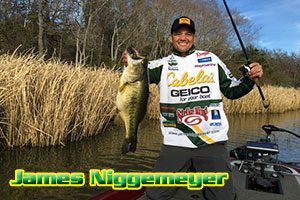 practicing for the Lake Champlain event.

After that, I dropped down into the Potomac River where my family met up with me and we hung out, before I had to do some sponsor work.

Also at the Potomac River we had the 22nd annual Geico Anglers Challenge tournament; which is really a lot of fun. My Cabela’s / Geico teammates David Walker and Mike McClelland were there too, and man the fishing was great. I even stayed another day and went out with one of the guys from Geico that puts on the tournament, and we had a really good time. 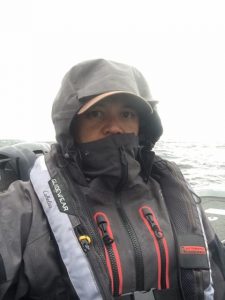 The rain tried, but my Cabela’s Guidewear kept my dry on my “Northern Swing”

After the event was over, my family and I went to Hershey, Penn. to go to the Hershey Park; that place is really neat. If anyone is traveling through there, and they have a little time, run by there that was a lot of fun; my kids loved it.

We didn’t actually go into the park, and that was a lot of fun.  We went into a little area that had all kinds of fun facts about how Hershey was developed and the founder of the company, Milton Hersey.

You can go on a ride there, and they had all the different Hershey candies, along with a little food court there. That was a fun little break on my way up to Syracuse for the Bassmaster Northern Open.

It didn’t go badly, but not as good as I’d hoped. I had 14 pounds on day one catching both largemouth and smallmouth. I had 15 pounds on the second day and ended up finishing the event in 64th place.  I was certainly hoping for a higher finish, but it was a good start to the Northern Open season; you really have to catch ‘em pretty good at Oneida to have a high finish most of the time. Even though it didn’t go perfectly this time, I really love it up here.

I took some time to scout for the final Elite event of the year Lake St, Clair; I figured, since I’m up here I might as well have a look at that too, and now it’s just wait for the event to kick off on Monday.  It’ll be good to get the final leg of the season underway.