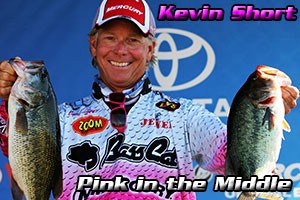 Day One Practice for the 2015 Bassmaster Classic.

I’m not going to lie, blow smoke up your skirt, or mince words; I want the next week to change my life forever. Not that there is a thing wrong with my current place in the universe, but those who follow the sport have seen lives change for several anglers in the past few years; Chris Lane is the one that jumps out first in my mind. Chris was just about at the end of his rope the season before his Classic win. Wasn’t sure if he being a derby pro was the right path for him. Wasn’t sure he was going to be able to continue feeding his family at the rate he was going.

Southern Open win followed up a month later by the Bassmaster Classic crown and his life changed forever. Forever. That’s a cool thing to see. Not that it isn’t a great thing, but watching KVD win ANOTHER (yawn) Classic just isn’t as big of a deal as seeing one who has never hoisted the trophy. For Lane, Randy Howell, Takahiro Omori, and several others, winning the Classic was a monstrous lift to their careers. For KVD, it would just be another notch in the belt.

For a dude like myself, a Classic win would be one of those monstrous lifts. Absolutely huge. Ginormous.

While I realize that sounds a little self centered and self serving, hey, fishing at the top level isn’t a team sport. Even though we have guys at this level who “team up” and work together (which I don’t fully understand, but that’s another entry) at the end of the day only one angler walks away with the hardware. In that respect, it’s all about me, myself, and I. It’s not like I have someone else out there catching my fish for me. I’m responsible when I win and I’m responsible when I don’t win. My success completely rests on my shoulders and I like it that way.

Just as 55 of my competitors want, I want Sunday, February 22 to be all about K-Pink.

5 time Bassmaster Champion and Elite Series Angler Kevin Short, aka K-Pink, is a pioneer in the bass blogging world. Short began blogging his adventures on the Bassmaster Tour in 2004 and has submitted hundreds of entries across several dotcoms, including FishFactory.com, Bassmaster.com, ESPNOutdoors.com, and InsideProBass.com. Despite the title of this blog, Short is in the middle on few topics. Often controversial, always honest and to the point, he calls it like he sees it, pens his own blog, and is rarely concerned with political correctness. Follow him here on Advanced Angler in his “Pink in the Middle” column and on his Facebook page https://www.facebook.com/KevinShort.Kpink