I just got back from a fishing trip to Mexico with some of the folks from Wright & McGill Co. But, we didn’t go bass fishing.

One of my favorite offseason activities is to go saltwater fishing, and my favorite is to go after big tuna. I really was excited to show these guys the tuna bite, but it was shut off. Instead of trying to chase fish that weren’t biting, we turned our attention to inshore species. 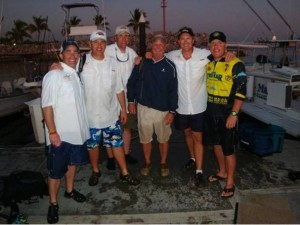 We went after Rooster fish, Pargo and African Pompano on light tackle, and the action was non-stop and everyone had a blast. I heard from a couple of guys that it was the trip of a lifetime. We caught between 50 and 100 Rooster, 50 to 75 Pargo and some big Pompano.

We were on two boats, and there were periods of activity that anglers were hooked up one after the other. Some of those activity periods were three to four hours long, and the see looked like a pot boiling on the stove there was so much action. Some of the fish were taken on plugs, and some of them came on live bait, but it was all fun.

We started experimenting with my tackle while we were down there too. We took my Wright & McGill Co. Tessera rods and Victory reels out there and battled some of those inshore fish on them. We caught some Pargo up to 15 pounds on my Shaky Head rod and 3500 size Victory spinning reel spooled with 20-pound-test Berkley 100% Fluorocarbon. Those fish had the rod bent all the way to the handle, and none of them broke; it was amazing.

We also took my Carolina Rig / Swimbait rods out there with my Victory 621 reels to play with the big Rooster fish too. Like the spinning rods, they handled those fish pretty well. Everyone wanted to hook up with those big fish on the bass gear because it was so fun to fight them on it. 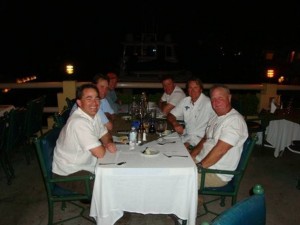 I made a plaque for the angler who caught the biggest fish on the trip, and that honor went to Wright & McGill Co.’s National Sales Manager Mike Jackson. Mike caught a Rooster that weighed right at 50 pounds, which was enough to take home the trophy.

When we weren’t fishing, we had some great meals together, and enjoyed the time talking and laughing, which for me was the best part of the whole trip. Wright & McGill Co. has been a really good partner for us, and more importantly they have become good friends and it was great to spend some time with them.

The folks at Marla’s Sportfishing were our hosts for the fishing outings each day. They are operated by the Osuna family, they do a great job for us, they help make the fishing experience world class, I’d recommend them to anyone. Check them out at www.marlasportfishing.com/index.html.

While you’re at it, check out my website www.skeetreeseinc.com 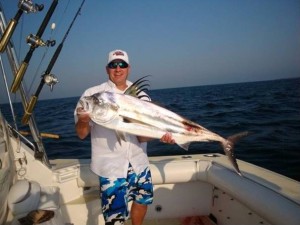 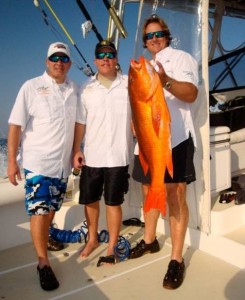 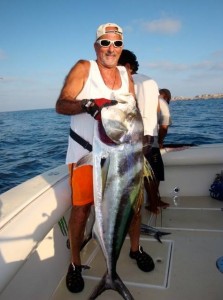