About a Friend – an Advanced Angler Retrospective 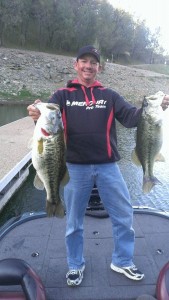 This game is competitive, no matter what side of it you are on. Anglers compete for everything, websites compete for traffic and advertisers, publications are similar. Everyone competes for parts of marketing budgets and at times the competition can get chippy.

But, we’ve also seen how people can respond, even when they might be competitors.

I’m going to be honest with you. I can rig a bass boat and install a few things on my boat, as you’ve seen on some of my install videos. But, when it comes to fixing mechanical issues, my wife will tell you; I make stuff that is not quite working right broken.

So, when I ran into town on Monday for a quick errand while Christina and the GirlzO’S were out of the house, I was flummoxed when my truck would start, but not idle very well, then die. I did the manly thing of riding the brake and revving the engine at stop signs and stop lights to get it the 2.2 miles from town to my driveway. I had to re-start it three or four times in that distance.

I parked it in the driveway, looked at it and called four friends who are a little bit more knowledgeable than me about such things to ask their opinions. Rob Lever 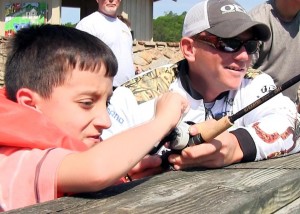 looked on the Internet for some advice, and a couple of others did the wise thing and said, “couldn’t tell you without looking at it, could be a number of things.”

I resigned myself that it was likely a bad fuel pump or plugged fuel filter, and being that they are both in the tank, my truck was down for a while. That of course means the boat is down for a while and evidenced by the fact that I was already bouncing off the walls with cabin fever after three days, we’re in a dire situation.

My friend Billy Hines called me today and said he was coming through Loomis (my hometown) on business and wanted to know if I wanted to have lunch. I told him sure, but he’d have to pick me up because my truck wouldn’t run. He asked me what it was doing this time, and I told him I thought the engine was falling out and that I think we should probably expect to find a cliff to push it off because it was dead and I didn’t have the money in the budget to weld the whole thing back together.

In actuality, I told him what it was doing but that obviously I didn’t know what the problem was. You see, I’m okay admitting that I am less than a man when it comes to things like that – even to a real man like Billy – because I’m just not that smart. 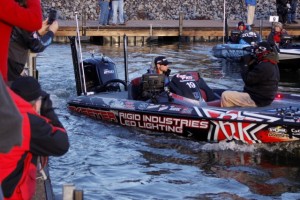 Billy said he was a few minutes out, he got here, and called a friend who is a wiz-bang Dodge mechanic. We went and had lunch, stopped so I could get my double froofy, vanilla spice cinnamon twist Dolce & Gabbana / Jimmy Chu platform pump latte mocha (even my coffee is wimpy. Hey back off, I’m from California!) and then to the auto parts store for a bottle of cleaning stuff.

I of course asked why we were going to wash my truck when it was going to sit in the yard until weeds covered it and it could become a landscape feature? (See, I could live in the South). Billy said, “shut up!” Then he drove back to my house, cleaned the throttle body (or whatever it was) and had me start it, rev it up a few times, it started to sputter a bit, but ran. He had me put two bottles of my Lucas Oil Upper Cylinder Lubricant (whatever that is and does) and run it a little longer – what do you know, it worked great.

While that is meant to be a little humorous (shut up honey!) I got to also see how people responded when my (and many of our friend), and Elite Series pro Mark Menendez’ wife Donna lost her battle with pancreatic cancer last week. I texted Mark and told him I loved him, but didn’t want to call because I’m sure there were seven million things he had to do. 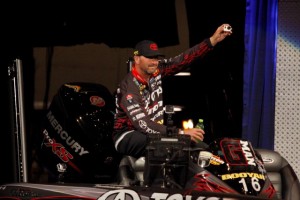 Then, on Thursday, after finding out the memorial service was scheduled for Saturday and tickets being too high for me to be able to purchase a ticket to attend, I called him with a broken heart to apologize that I couldn’t be there.  He told me he understood, and then he said something that made me start to tear up.

He told me he had a chauffeur. I asked him who, and he said it was Jim Hardy, our friend from Alabama who had shown up on his doorstep and said “I’m here. What can I do to help?” I’m also not ashamed to admit that I started to cry a little. It was an emotional time. My friend had lost his best friend and here was a dear, mutual friend of ours driving six hours just to be there to help.

I texted Jim and told him how much I appreciated him for being “him,” for covering the rest of us who felt like we were letting Mark down by not being able to be there. He simply replied by saying he’d have “done it for me too, that’s what family does.” (Jerk! He made me choke up again). 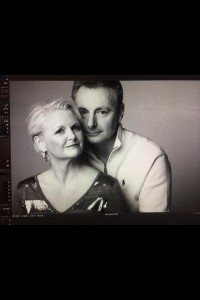 The bass fishing world has stepped up in such a big way for Mark and his kids. Donations are being sent in, Don Barone wrote a story about it and all of a sudden a pledge drive for as much as $5 a pound is being donated for the whole season by Don himself, Brandon Palaniuk, Gerald and LeAnn Swindle, Jerry McKinnis, and I’m sure by the time the whole thing is done, the whole industry will have stepped up in some way to help a brother in need.

I’m taken aback by the love of others at times. I spent a lifetime watching my dad work as a Law Enforcement Chaplain.  I’ve seen the ugly things people do to others for whatever reason, I’ve seen what competitors can do to each other that creates rifts in lifelong friendships.  I’ve seen and felt what it feels like to be the one everyone takes from without having it given back.

Now, and every once in a while, I see the other side too, and it makes me feel something else entirely.

Thank you Billy, Thank you Jim, Thank you DB, Thank you Swindles, Brandon, Jerry and everyone else who has done something great, or small to show someone else that they’re not alone.

Thank you for being About a Friend.