Jigs probably account for more fish every year across the country every year than everything but plastic worms. There just seems to be something about the leadhead jig, the stranded skirt and a plastic or pork trailer that drives fish wild.

Along with the quantity of fish fooled, jigs tend to account for a larger than average sized fish as well. Big, underslung jawed, portly bass seem to especially like a jig. They can catch bass around docks, in grass, in rocks, around wood, offshore shallow and in the middle of the water column. 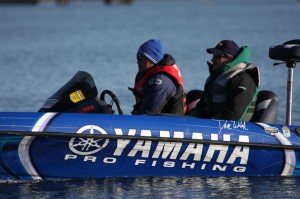 There are also about a katrillion models of jigs. Football jigs, roundball jigs, Arkie jigs, finesse jigs, Mop jigs, grass jigs, swim jigs, Flipping jigs, standup jigs – and the list goes on… and on… In a world where simplifying is preached by the pros, what does one do to minimize the thousands of pounds of lead one would have to carry in their boat?

Most Everything
Wolak said that the Title SHot jig has given him a whole new world of versatility in one product. “It’s not a jig I can use for absolutely everything,” he said. “But, I can Flip with it around wood and grass, and I can use it as the baddest swim jig on the water.”

The key to Wolak’s passion for the Title SHot is in the design. The Title SHot features a keeled jighead molded around a bait keeper and a wide gap hook. The bait keeper has a plastic retainer system molded onto a short piece of flexible wire. This allows an angler to slide a jig skirt on the retainer, and still insert the keeper into the head of a soft plastic trailer. 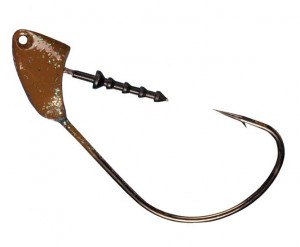 This design ends up giving the angler the look of a jig and the effectiveness of a Texas Rigged soft plastic. Wolak said that to make it supremely efficient, he must open the hookpoint a few degrees. “It really helps put the hook directly into the bass’ mouth when I set the hook,” he said. “But, it still allows me to rig the bait weedless.”

In Grass
The effectiveness of a Punching Rig is unquestioned. Anglers have learned to present soft plastics with a heavy tungsten sinker through matted grass, and the results have been outstanding. Wolak prefers a jig, because the jig has more appeal to large bass.

“For years all we had was a tungsten bullet sinker and soft plastic, until I discovered the Title SHot,” he said. “Now there are skirts you can use with your big tungsten weights, but this comes through the grass much cleaner because of the shape of the head; it just slides though.”

Armed with his 7’6” Pinnacle Perfecta Flippin’ Stick, and 7.3:1 Pinnacle Optimus reel and 50-pound-test Sunline FX2 Braid, Wolak looks for complex grass mats that have two or more types of grass and presents the lure to the fish underneath with a 3/4 to one-ounce Title Shot.

In Wood
He also feels very comfortable with the rig in and around wood cover. He uses the same setup in heavy wood, but typically switches to 20 to 25-pound Sunline Shooter Fluorocarbon around wood and docks. In lighter wood and trees, he turns to a scaled down presentation with a Title SHot Shorty jig and a Finesse skirt with the front of the skirt trimmed short with spinning tackle. He turns to the 7’ medium-heavy Pinnacle Perfecta and Producer spinning gear with 10 to 12-pound Sunline FC Sniper Fluorocarbon. 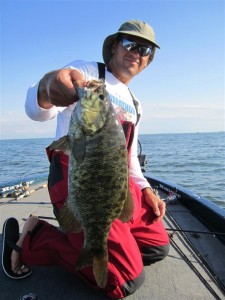 This combination helped produce his win this past fall in the FLW Tour Open on Lake Champlain. “We got a major cold front that came through, and the bass left the grass and moved into adjacent wood cover,” he said. “I made the adjustment and was able to put heavy bags together to move from a top contender to the victory circle on the final two days of the event.

I was just presenting the jig softly around the deeper wood, and working it through the branches; they really ate it,” he said. “I had the pattern all to myself, and was able to run it all over the lake.”

Swimming Marshmallow
Wolak has also found the lure to be his best swim jig. He likes to use a White Lazer colored 1/4-ounce Title SHot, add a skirt and an action trailer as a swim jig. “I call it my Marshmallow Jig because it looks like a giant Stay-Puft man coming through the water,” he said. “But, the head design allows me to bring it through cover like no other jig I’ve ever seen. The fact that it is Texas rigged, and the keel shaped head design help it come through cover where bass don’t usually see jig – they crush it.”

Deep Brush
He also uses it as a deep brush jig. Again, because it crawls through cover so well, he can make long casts over deep submerged trees and scrape it through them with fewer hang-ups than other jigs. He said that he has used that approach each time he has fished at Lake Amistad, and his best finishes at the lake have come in part because of his use of the Title Shot. 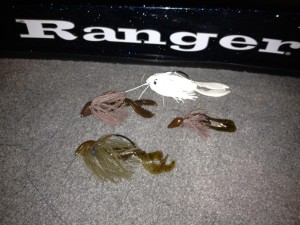 He likes the fact that it is so versatile. “It really has replaced several different styles of jigs that I used to carry in my boat,” he said. “It also proved to me that I could do more things in different places than any conventional skirted jig I was using; it’s become one of my go-to lures.”