I knew a Marine once; I know a few more now.

I have loved a marine for 40 of his 59 years, and his son; a second generation Marine for nearly 30 more.  Though I said goodbye to one on Tuesday; I won’t stop loving the first, and for some reason; I love the second stronger; I feel more now. 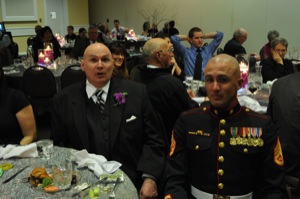 I ache more now for those left behind when we must say goodbye.

I knew a Marine; the embodiment of pride.  Tall, erect of spine, firm of jaw, steadiness of gaze; the product of duty, bravery, honor and sacrifice, and most of all love; for family, country, brother and friend.  Willing to give everything for those he never knew; a code and urgency he passed on to the new.

I knew a Marine who loved the outdoors; to hunt primarily and wet a line some.  He was one who though, prepared and planned for each trip as though it were is last; respecting the quarry with deep admiration of beauty and power.

They shared some with us; they gave us so much more.  Because while they shared with us love, family, laughter and friendship; they would have given their life on a distant shore.  They ask no questions; they expect little in return; only to be cherished, supported and respected. 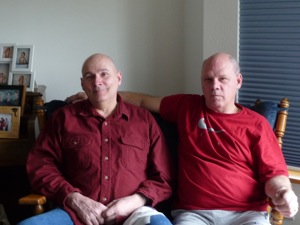 They stand post, in rain, snow, sleet, sand, sunshine, heat or cold.  Their vigilance daring anyone to challenge their firmness set in protection of our land.  They want nothing; and receive even less; their only true reward the ability to express the honor and duty they feel inside with service.

Their breath is not a passing thought; their lives a gift given to us; whether given on the battlefield of many years later.  Their love is a gift; given to us without pause; with loyalty, tears, laughter and joy.  We think of them at fleeting times; when life allows, reminded to think of them with images on a screen.

They say goodbye; at one time or another; on the battlefield, or many years later; the pride of service still flowing through their veins, their minds and their souls.

I said goodbye to a Marine once; not yet a week ago.  His son standing firm; as a Marine should; hurting, and perhaps dying inside, but daring emotion to overtake him, standing vigilant guard for his father who fell to an unseen enemy.

We wept, we laughed, we prayed, we argued, we got angry, but in the end we all just grieved; for some part of us was leaving.  To some the part was bigger than others, for all it was a necessary part.  Not one to be thrown away as unnecessary; like a spleen or appendix; but a part of our hearts that beats with his pride, and his blood. 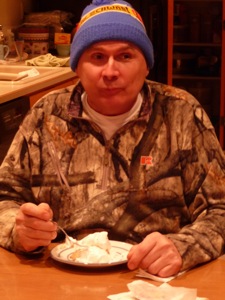 Memorial Day weekend is a time for family, picnics and fun; as it should be. It is a time to rest from the grind of our day-to-day lives.

However, while it is a time for rest for us; the most important part is to remember those lost.

Let us not forget those who served; those who died, and those who lived long lives with the code of honor, duty, loyalty and service in their souls.  These are the men and women who pledged to give their very existence to us in protection of our land and our freedom.

They never ask why; they never question what command requires.  No thought of political motivation, no concern for anything other than ensuring that our life, our land, our liberty and our pursuit of happiness continue.  It does not matter what their cost is; whatever the price they must pay; so be it, which is their duty.

But let us not forget on this weekend of fun that those who served lived and died for us to have that freedom.

To my uncle Bob, my cousin Ira and all the other soldiers, sailors and Marine that this weekend is about – thank you – you will not be forgotten; you will always be loved.