Savvy fishing fans also know that from the moment that the Elite Series season ends, professional anglers enter one of their busiest seasons of the year. The hours of driving and fishing turn into sales meetings, business planning and scheduling for the next year. This is the time of the year that anglers work with their sponsors more closely on the promotions side, and the pace can almost be frantic. 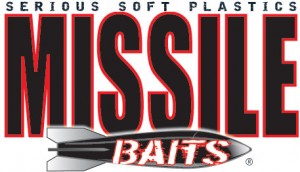 Crews embarked on all of those ventures in 2011, but he also found himself adding an entirely new one to his schedule. While he was busy planning his 2012 season on the Elite Series, he was also busily planning his new company; Missile Baits.

Crew is known to his friends as the Crews Missile, and with that moniker in mind, he set out to build a soft plastic lure company that would have his personality, and provide anglers a new set of professional angler designed soft plastic bodies. His company become a publicly know entity just today.

Advanced Angler caught up with Crews on the eve of the launch of Missile Baits. We asked him what inspired the decision; how he made plans, how he designed the baits, and what those plans mean as he moves forward into the 2012 Bassmaster Classic and the Elite Series season.

How it Started
Crews said that his experience designing his Little John crankbaits with SPRO made him really enjoy the process of producing new lures. So, while he was on the water fishing, he would find situations where he felt like a particular shape of lure, or a thought of a new color would come to his mind.

“Building crankbaits with SPRO has taught me a lot about the process for developing new lures,” said Crews. “So I became more interested in the creative process behind R&D, and when I would find myself faced with a situation where I felt like I could use a new bait, or a feature in one, I would find myself day-dreaming about new things.”

But, instead of spending his precious practice hours sketching or thinking about lure bodies, Crews would make a quick not on his iPhone and come back to it later. “I started realizing that I had the makings for quality lures,” he said. “But I also quickly realized how distracting it could be, so I started early on making plans to manage everything.” 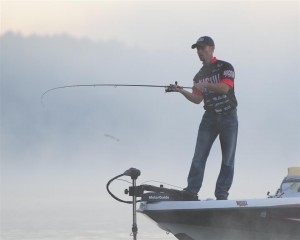 Why Own A Company?
With Crews being a popular Elite Series pro with a strong track record of success; both on the water and in the retail environment, one might wonder why he wouldn’t partner with another plastic company. “I thought about doing signature baits with an existing brand, and I even talked about partnerships,” he said. “But, ultimately, I realized I would only be able to introduce one new product a year. By doing it on my own, I give myself the freedom and ability to do things as I feel like I need them or want them.”

But, when considering the busy life of a professional angler, would it create problems for an angler to stay focused? Crews considered all of those things before deciding to move ahead, and felt like he could manage – with some help.

“I knew I couldn’t do it on my own,” he said. “So, I hired a friend named Shannon Wheeler; whom I’ve worked with for many years, to help me with the day to day, and we’re bringing in an Office Manager to help as well; so I feel like I can go compete, and still operate Missile Baits.” He even added a pro staffer to the company before launch; his friend a fellow Elite Series pro Ish Monroe will be promoting the brand as well.

That is not to mean that Crews has put his name on a company, and is leaving it to someone else to run while he runs off to the lake fishing. Crews plans on being involved heavily. “My name is on this company, and I want people to know we’re serious about being in the business,” he said. “In fact, the first six weeks of being in the public eye; I’ll be in the office every day, and I’ll be helping remotely while I’m on the road.”

He also said working with his other sponsors has taught him a lot about the business. “I’ve got a great group of sponsors that have allowed me to be involved in everything from R&D to marketing and everything in between,” he said. “I’ll be able to use that experience with Missile Baits, and they’re all behind me.” 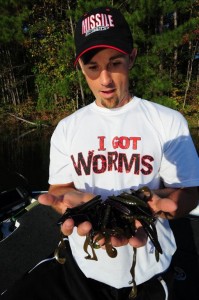 Where the Rubber Worm Meets the Road
While we love to hear about plans and business models, the bottom line to an angler is the lures. Crews has constructed what he says are serious baits for serious anglers, and that every one of the five initial offering are designed to help him catch more bass on tour, and other anglers will benefit as well.

“We decided to come out with five baits initially,” said Crews. “They are lures that met something I always felt like I needed in my arsenal – so, we came out with them.”

They are the Twin Turbo, the Tomahawk 8.75, the D Bomb, the Drop Craw and the Missile Craw.

The Twin Turbo is a double tailed grub with a longer body that allows an angler to put a big hook in it for Flipping, or use as a jig trailer. “The Twin Turbo is packaged with a rigid clamshell inside the bag to make sure that the curl tails stay straight,” Crews said.

The Tomahawk 8.75 is an eight and three quarter inch big worm with a pair of curly tails for making a commotion while on the fall and on the bottom when fishing offshore ledges. The D Bomb is a creature bait that is designed with action in mind. Crews reports that it has a thinner body for better hookups and claws that create action.

The Drop Craw is a 3.5-inch finesse craw designed for use on a dropshot rig that he touts as the first crawdad shaped dropshot bait, and finally; the Missile Craw. Missile Craw is a bait that is built to rival a tube in action, but outperform it once a bite occurs. “I used to Flip a tube a lot,” he said. “But I would lose so many fish that I wanted to find something to improve upon that – the Missile Craw does that.”

Crews said that three of the bodies; Tomahawk, Twin Turbo and D Bomb are currently in stock, and the rest of the inventory will be available before the end of January.

He said that his goals for the first year are to work on establishing his distribution, and he’s love to have a major win come on the baits. “Whether it’s me or Ish that does it, I’d love to see a win come on the baits,” he said. “We’re all really excited about the launch and can’t wait to see what happens after the calm before the storm ends.” 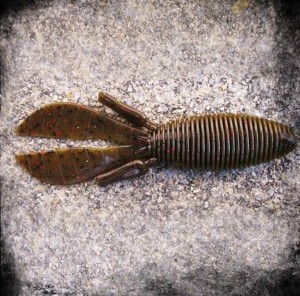 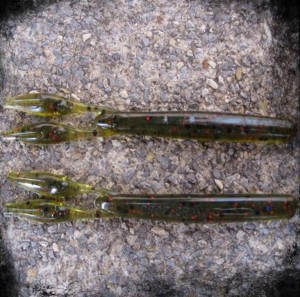 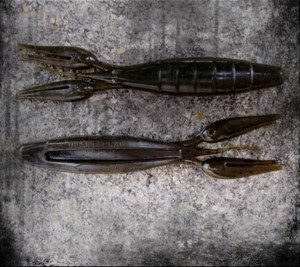