Looking Forward to This 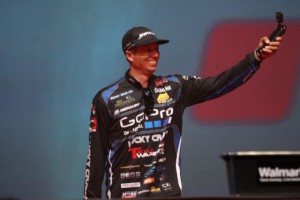 A quick look down the list and you will see that several FLW pros are there at the top of that list. Koby Kreiger and Micah Frazier are among those that immediately jump out at you. But, when you factor in that Ott DeFoe and Aaron Martens are already Elite Series competitors, bump the invitations down two more places, and the name that jumps out at you is Brent Ehrler.

That name has some in the Elite Series field taking notice as well.

Ehrler, from Redlands, Calif. is one of the most decorated anglers in the history of the FLW Tour. In 104 events fished, Ehrler has won eight events, including the 2006 Forrest Wood Cup. He has finished in the top 10 33 times and earned just short of $2.5 million in FLW competition.

Over the past several years, Ehrler has emerged as one of the best anglers in the world – period. Nothing has showed that fact more than his record at Major League Fishing events. In five fully completed and aired events, Ehrler has made the finals four times, including winning the inaugural event on Lake Amistad. The only time he did not make it to the finals was the Chautauqua Lake event, where he was only 10 days removed from an accident that caused severely injured ribs as well as other injuries that kept him from being able to compete.

I’ve spoken to Ehrler on the subject, and while he is definitely planning on fishing the 2015 Bassmaster Elite Series, I do not know if he is intending to fish both tours or not. 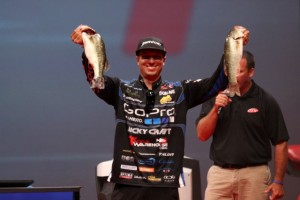 What I do know is that we are going to be the benefactors of watching him compete against the field over on that side of the ledger more. To see him going head to head with Kevin VanDam, Skeet Reese and the rest of the Elite Series field more frequently can only mean one thing – more fireworks for the fans.

Not that anybody on either tour is afraid of fishing against anyone else. These guys all rank among the top 150 to 200 bass anglers in the world, and most of them feel like they can win any event that they enter, almost every time they start a tournament.

However, there are a few anglers who seem to be at their best when they are faced with the stiffest competition, and Ehrler is one of those anglers. We’ve seen FLW pros show up on the Elite Series and announce their presence with authority by winning events early in their Elite Series careers.

Bobby Lane has done it, Steve Kennedy has done it, and more recently, Jason Christie, Brett Hite and Jacob Powroznik have done it. It wouldn’t surprise me to see Ehrler join that list quickly in 2015. At the very least, the buzz circulating around the Elite Series field is that there is one more angler has etched their name onto the Classic qualifying list each year for several seasons ahead.

While there is still much more to be decided in 2014, I for one am already beginning to look forward to what 2015 has in store for us.