Our Own Fields of Dreams

Recently, I watched one of my favorite films – Field of Dreams – for what must be the 50th time. However, I watched it with my wife Christina, and believe it or not, it was the first time she had watched it in its entirety. 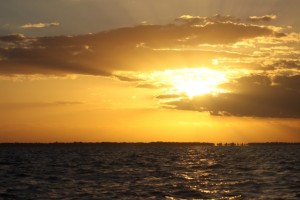 I love this film because it is more than a baseball movie, but it paints a vivid picture of how so many of our lives are so wound with something else. The object of the connection for all of the people in the film is the game of baseball. But, the true theme of the movie is regret for things not taken advantage of.

For the main character, Ray Kinsela, regret for how he left things with his father, for Terrance Mann, regret over not playing baseball at Ebbett’s Field before its destruction, for Doc Graham, regret over not getting one at bat in the Major Leagues and for Shoeless Joe Jackson, the regret of the 1919 Black Sox scandal.

Ironically, it is the object that they all regret – baseball – that brings them all contentment through Kinsela’s “Field of Dreams in his Iowa cornfield.

Being a former athlete myself, whose first love was the game of baseball, I can relate to the regret. Having played baseball through my junior year at college until an injury, subsequent surgery and the politics of scholarship necessities caused me to end my career a year early; I can relate to the dread of regret. 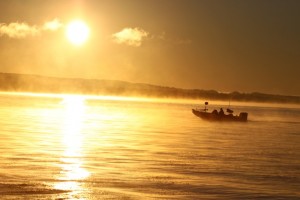 Of course, I have found a new love in bass fishing. I love being on the water outthinking the fish, and at times, I feel like that boy out in the sun doing the thing that I love. Like baseball, I like the participation, but I love the competition of tournament angling. The intense drive to beat not only the fish, but the rest of the field adds an element that I found only in competing in team sports in my past.

Gratefully, in our sport, we can find that joy at any level we choose to compete on just about anywhere across our country. We can strive to compete on the Bassmaster Elite Series and FLW Tour, we can fish Bassmaster Opens and the FLW Everstart Series. We can choose the Bassmaster Weekend Series or the FLW Walmart Bass Fishing League, the B.A.S.S. Nation or The Bass Federation level.

If those don’t fit, there are any number of Pro/Am, Team, Semi-pro team or club level events we can fish. Whether our love is bass, walleye, crappie or any other fish, we can play on our own Field of Dreams.

But, like the Big Leagues, we can also watch those who have made it to the highest levels and like our favorite ball player root for them and to a point, live through them. 16 times a year, we can vicariously make our competition plans, execute a practice plan, strategize a game plan, rig up our gear and strap on our life preservers and launch our waterborne rockets into the liquid playing fields of the Elite Series, FLW Tour and their championships.

We can ride each wave with our favorite pro as they work to accomplish their goals for that single event, their whole season and their whole careers. We can and have ridden the careers of those who have made it big, fallen by the wayside or are struggling to make it to the next level, and they all matter. 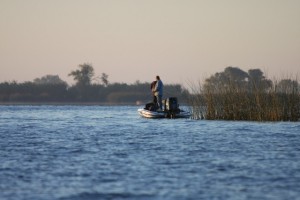 We can watch as KVD wins number three four or five, we can pour with emotion as Skeet achieves a lifelong goal or wins the big one, or exalt with Chris Lane when he reaches the seemingly unscalable pinnacle of a career. We can also grieve with AMart or Ike as they fall just short of perfection, or taste the success of a Chad Griffin only to see the dream come to an end. We can look on with empathy as the Brodericks and the Ponds work to build a career in spite of the cost of doing business.

We can climb the emotional mountain with Ehrler, live through the victories with Dudley and astound the masses with Jacob Wheeler as he achieves uncommon success for his age. We can feel the pain of a Yelas and Nixon after years of partnership fade.

Why can we do this? Because unlike other professional sports where there is little way to relate to being 6’8″ and jumping through the roof, Being 265 pounds and running a 4.5 second 40-yard dash, throwing or hitting a 98MPH fastball, or scoring eight under for the round. Little can we relate to hoisting the Lombardi, the Larry O’Brien, The Commissioner’s trophies or Lord Stanley’s or the he FedEx Cups.

Most of us cannot relate to being anything but ordinary athletically, so while we cannot relate to the type of activity that claims championships on the level of professional ball sports, we can; because of our own fields of dreams, relate to those who achieve greatness at the highest levels of our sport.

So, while our fishing and tournament seasons are about to begin across the country; remember that these are our own fields of dreams. There is no telling where any of them could end up for any of us, but one thing is for certain. Those who will stand proud with a Bassmaster Classic trophy, a Forrest Wood Cup, an Elite Series Blue Trophy or FLW Tour trophy started on our fields of dreams before stepping up the those they are on now.

You can get there, it’s been done before, and will be done again. You never know, it could be you, and someone will be pouring emotion as you rise to the challenge on your level. Whatever level that may be, someone is invested in you and will weep with you in pride or pain for giving your all on your own Field of Dreams. 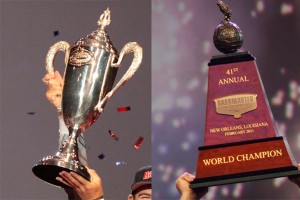