Stop, and Think About it

I guess this has been building for a while.

Each year it seems that there are more and more incidents involving confrontation of anglers on the water and other incidents that can rob the enjoyment of participating in or being a fan of the sport. In my years of covering bass fishing, I’ve seen and heard of many dustups, but I’m almost surprised about the increased frequency of them today.

I suppose it is a symptom of the Internet age where things are much more readily spread around, but it seems to me that there are just more occurrences of nastiness amongst the participants of our sport and our industry.

Nowadays, word of a confrontation on the water spreads like wildfire, and it seems that each and every person who hears one or more version of the story has THE opinion of the situation and the need to share it. When something happens on the water, message boards and social media light up with the Internet Jury and by the time they are done, each party involved has been deemed guilty and assigned to the gallows.

Of course there are situations that occur where penalties need to be issued. There are people who step over a line and step outside of the rules intentionally or unintentionally, and they need to be judged by officials of the organization when they do.

But, what difference does it make to those of us who have nothing to do with the situation? Why do we think we can add anything with an opinion we have? I suppose it should be taken as a compliment for our sport that there are people out there that have become so passionate that they can take to the Internet in defense or prosecution of an angler or an organization, but in reality; it doesn’t help the situation. 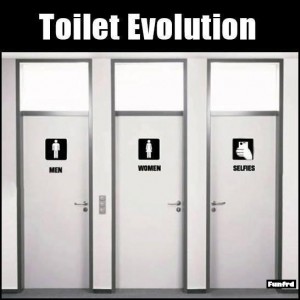 Part of the problem lies in the fact that with social media today, there is a much more readily available forum for venting frustrations than their ever has been. In the past, a person had to take the time, write a letter to an editor or person in charge, address an envelope, place a stamp on it and carry it to the mailbox. With advent of fax machines, it became easier, then again with email, again with message boards and now even more immediate with social media.

The immediacy of the whole process now gives people less time for pause. In the past, by the time a person got back to their desk and were able to pull out a piece of paper and a pen to actually write their thoughts down, their intensity about the situation may have changed some. Now, with a mobile phone that is connected to one or all of the social media platforms available; the time to cool off is not there; a person responds – in public – several people see it, and comment. By the time the people actually stop to think about the problem and realize they shouldn’t really have instigated or responded, it is too late.

By that time, the post has been shared, screen captured and posted on message boards for the whole world to see. People have drawn to their own conclusions about the situation, posted their own thoughts and passed judgement on the parties involved. I’ve done it, most of us have.

So, what should we do?

First – Stop and think before we post. Give the situation time to marinate before we go and publish something for the whole world to see. Give yourself the same amount of time as you would have if you were to write that letter to the editor. Go back in your mind to the days of pen, paper and the postal service and ponder the whole situation before responding. If, during that time, you come to the conclusion that it still needs to be written, then go forward, but at least you have given yourself time to think the whole thing through. I would assume that half of the things posted on social media would be avoided if that policy were to be exercised more readily.

Second, start thinking about others. This career, as an angler, or anyone in the business of making a living in this industry can be hard enough. While it seems that the industry is a giant, money making opportunity, the reality of it is that more people fail each year than survive. I’m not saying that you need to shift your focus on bettering yourself or your business, but success does not need to be at the expense of others.

I grew up competing. I played baseball, soccer, football, golf and basketball in organized settings in leagues and or school. I was an All-League outside linebacker and punter on my high school football team my senior year, and a two-time All American catcher in college. I wanted to win, I wanted to be the best player on the field, but I guess that I never felt like I had to ruin another person, their reputation or their dreams in order to do well.

Yes, there are by nature in competition winners and losers. In this business, people win tournaments and businesses earn accounts that cost someone else theirs. However, to go out of our way to impact or destroy 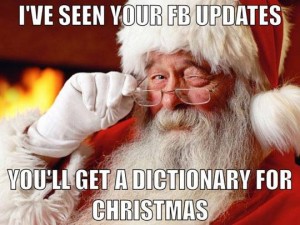 someone else’s reputation or ability to earn a living is not an effective – or decent – strategy.

The media of late is full of examples of people that have been affected negatively by the Public Court of Opinion’s rush to judgement. In the world of professional athletics, civil rights and beyond, the decision making has relied upon the immediacy of the moment as opposed to the sanity of reason, and it has cost people reputations, careers, property and lives that will never be recovered.

Stop for a moment, think about what you are about to do, and also what you publish on your social media. Think about the response you will generate and then think what the ramifications of that might be; for you and for others. Along with that, find a small group of people that you trust to vent to. It’s best if they are people who don’t necessarily agree with you in all aspects of your own viewpoint. Never underestimate the power of being able to get the view from the other side of an occurrence; it can be invaluable.

Finally, we can all admit that we’ve done it. We’ve posted something on social media, sent a text or made a phone call we wish we could take back. It’s time we all think before we act, think about how our actions will affect others, and then respond accordingly. Then, we can allow social media to return to what it’s supposed to be used for; selfies in the bathroom and sharing memes.