2011 proved to be a dynamic year on many fronts, but none were more so than on the weather front. The amount of storm damage and utter destruction that tornadoes left in their trails in the Midwest and Southern parts of the country could be characterized as nothing short of devastating.

Of those 731 tornadoes, several of them were EF4 or EF5 class events that did major damage and caused a loss of life throughout the Midwest and the South. The amount of the devastation was staggering; every time we turned on the news it seemed there was another storm that ripped up entire communities.

In four days from April 25 to 28, 322 tornadoes touched down throughout the South, the storms caused more than $11 billion in damage and more importantly took the lives of 346 people. Then again, in Joplin, Mo. on May 22, another EF5 storm struck, creating another $2.2 billion in damages and taking another 162 lives.

Along with the loss of property and life, any sense of normality was also taken by the atmospheric monsters. The ability to go to school, to take a shower, sleep in a bed or wash the last outfit you have remaining was all taken from the victims of the storm. 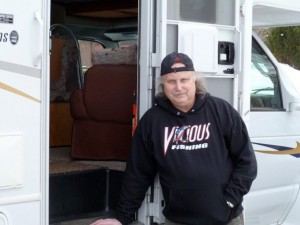 One person saw a need throughout those occurrences, and he set out to try to make a difference. That person is Don Barone; an award winning writer who has made the sport of fishing his home.

The Beginning
Barone had been in Branson, Mo. for the second event of the Bassmaster Central Open schedule at Table Rock Lake. Because of extreme amounts of rain in the Mid-West, the event had to be re-scheduled, so Barone pointed his motor home towards the next event. That motor home which served as his wheels, housing and office while covering the Bassmaster Tournament Trail, would become a centerpiece of a new foundation.

“It all started with just trying to help one family of a friend,” said Barone. “Kim Striker; the “Fishing Diva” from Cullman Ala. called me when I was heading to the Elite Series event at West Point Lake in Georgia and told me about how badly the Cullman area had been affected, and about some friends of hers that had lost everything. I told her I would bring them my motor home.”

Striker called him back a few minutes later and asked if he was serious, and when he said he was, they coordinated to have him drop the motor home off so that the family could live in it while they got started with recovering from the storms.

Barone left his motor home there, and was still able to make the next event because of the help of Gerald and Leann Swindle. “Leann met me there, gave me the keys to her Toyota Truck and told me to keep it as long as I needed,” said Barone. “I was able to let that family use it for quite awhile because of that.” 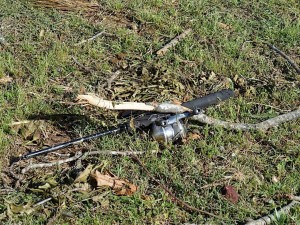 It was on that trip that Barone got the idea for what would become the Tackle the Storm Foundation. “I was talking to their young son, and we were walking around where their house used to be,” he said. “We came across his broken fishing rod; which I took a picture of. Then he told me that he had lost all of his toys and that even his fishing pole was gone and that he couldn’t go fishing; I told him that we would figure out a way to take him fishing, and then wrote a story about the whole thing.”

His story would reach many through the Bassmaster.com website, and they wanted to help. “The next day I had over $3,000 deposited in my PayPal account to help the family,” he said. “That’s when the Tackle the Storm Foundation was born.”

Something Normal
When a tragedy occurs; especially in a public manner, the victims or survivors of that event are forced to re-live the experience every time that images of it appear on television, the Internet or in a newspaper. The effect this has on victims is that the constant re-playing of their recent past keeps them mired in the horror they’ve experienced.

Barone said that he knew that going fishing for a day was not going to be like angels and bells showing up in miraculous fashion, but it was a start. “Handing them a fishing pole shows them that things will start to get better; they’ll always remember being handed that rod and reel; they truly are the magic wand of childhood.”

Normal Arrives
In July, Tackle the Storm held its first event in Cullman, Ala. Thanks to the generous help of people who felt that the idea was worth supporting, hundreds of children received their new fishing poles and got the opportunity to use it for a day under the watchful eye of Tackle the Storm volunteers.

Then again, in August, the Tackle the Storm team once again helped more than four hundred children start to see that their lives could once again feel like they were able to be a child again when they held an event at the mall in Joplin to hand out those “Magic Wands of Childhood.” 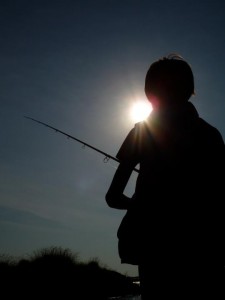 “I was getting more nervous as the event drew near because we weren’t exactly sure how my kids were going to show up,” said Barone. “When the day arrived, and I wasn’t sure that the 415 rods we had would cover it, I handed my credit card to a friend and told him to go to Dick’s and buy more if we needed them, because no kids were going away disappointed that day.”

As it turned out the foundation served 408 youngsters that day, and what they brought seemed like it was just enough to take care of those who showed up. “I believe that something –other than the board or me – is running this thing,” said Barone. “I don’t know how we’re going to fill the requests all the time, but the answer is always yes, and we always seem to find that people make sure it happens.”

Barone said that the first two events would not have happened without Skeet Reese. “I told Skeet about what I was doing and he donated the first 500 rod and reel combos,” said Barone. “This wouldn’t happened with Skeet and his wife Kim.”

Family of Us
Barone said that he has taken to the fishing industry because of the people involved. “The people in this sport have so much heart, and it didn’t take me long to see that,” he said. “I learned really quickly that the fishing industry is a family, and I see that so much in how people have responded to wanting to get involved with Tackle the Storm.

“Everyone that has gotten involved has been a part of the fishing family,” he said. “With everything from securing donations, to getting the 501c3 status completed, to completing the logo – it has all come from the “Family of Us.” 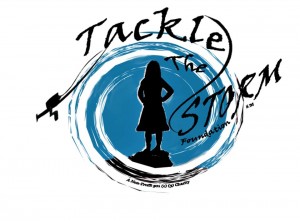 “This Foundation; which now takes over what my wife Barb used to call our dining room table is the result of anglers helping anglers, and that’s what I really love about it, and this sport; and I’m just a knucklehead who doesn’t even fish. This is so not about me, its about bringing some joy back to kids who have lost everything; its about them, and the fishing family, who love and give so much.”