The California Delta In Peril 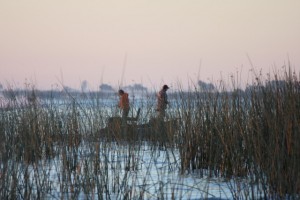 The California Delta has been home to some of bass fishing’s most historical moments.

Among those are the four Bassmaster wins of Robert Lee. When he won the 2003 Bassmaster Tour event, he became the first and only angler to win four consecutive Bassmaster events on the same body of water.

Then, in 2007, Aaron Martens became the only man to have won an event on each waterway in the State of California that Bassmaster visits when he won the Bassmaster Elite Series event there.

John Crews earned his first Elite Series win in 2010 on the California Delta when he bested Californian Skeet Reese by an ounce.

When you factor these major bass fishing events along with the fact that Dee Thomas pioneered the Flippin’ technique primarily on the waterways; the Delta could be valued as one of the most important bodies of water in the sport of bass fishing. 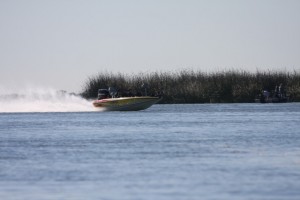 Bass fishing is not the only fishing pursuit in the Delta. Each day anglers target striped bass, catfish, salmon panfish and sturgeon.

The Delta is likely the most important fishery in California. But, because it also happens to be the center of the battle for a substance nearly as valuable as gold – fresh water.

This battle may just culminate in the loss of The Delta as a burgeoning fresh water fishery.

Because the water of Northern California is so valuable, it is on the wish list of not only the angling and boating communities, but also to the agricultural and water districts.

When big money for anything that meets the needs of so many, it is almost inevitable that it will become a political powder keg.

That has been the history of the California Delta, and it continues to be the present.

There has long been proposed plans to build a water conveyance that would take the water out of the Sacramento River above the Delta where it can be moved around the Delta to the pumps in a town called Tracy. From there, the water is pumped out of the bottom end of The Delta, into the California Aquaduct and shipped south to Central and Southern California.

The pumping of the water from Tracy has been going on for many years, however, if the proposed canal is built, The Delta is likely to become a saltwater marsh.

During the Governatorial tenure of Arnold Schwarzenegger and now, under current Governor Jerry Brown, the topic of The Delta continues to be a hot one. 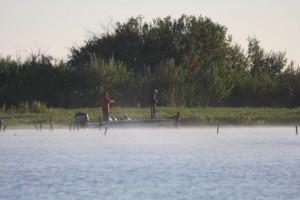 Schwarzenegger appointed a commission that could vote plans for The Delta on their own without taking them to the people during a general election. Brown continues to push the topic himself, trying to appease the big money lobbyists who serve at the behest of corporate agriculture and the water districts.

The focus of the politicians is meeting the needs of the agricultural and water district constituents. But, what about the needs of the communities around the Delta and those who travel to it for work and recreational purposes? It appears that those needs are less important in State Government’s eyes.

One bass angler who makes his living on the California Delta has, and continues to be an outspoken critic of the plans and the way things are going. That angler is noted Delta guide and tournament angler Bobby Barrack.

Barrack has spent a great deal of time over the past four to five years working to educate the bass fishing community as to the threat that is facing his beloved waterway. “People have no concept of the effect that building these canals could have on the Delta,” said Barrack. “We are talking about completely decimating what we know as the Delta today, and a great deal of our bass fishing community has yet to mobilize in defense of it.”

Unfortunately, Barrack has seen the lack of presence that the community in which he makes his living has had. “We have rallies with the California Sportfishing Protection Alliance, California Striped Bass Association, The Restore the Delta group and maybe four or five bass anglers show up,” he said. “We had one last week at the steps of the State Capital and there were only a few bass anglers there. Kent Brown from Ultimate Bass Radio, myself, and a few other guys, but we were largely unrepresented.”

Barrack believes that many anglers in the Northern California bass fishing community don’t believe it affects them. “The water from every major watershed lake in Northern California comes through the Delta,” he said. “Shasta, Oroville, Folsom, Don Pedro, McClure and every other major watershed lake; they’re trying to steal all of it from us in the Delta. A lot of anglers think it doesn’t affect them, but if they do it here, they can do it everywhere, and we won’t have a thing we can say about it.” 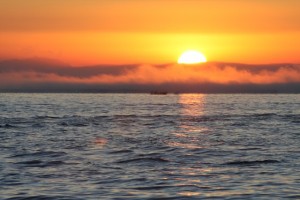 Barrack sees the whole picture and working with the other entities that are working to block these projects, knows how much money is at stake. “These water districts purchase the water at about $70 and acre foot and sell it to corporate agriculture for $350 and acre foot,” he said. “They talk like they are feeding the world with California Agriculture, and only five percent of the California GDP is derived from it; two-percent of the food is exported to China – it isn’t the global impact they are trying to make it out to be in order to rally public support for their cause.”

The bottom line in Barrack’s mind is that the State Government is helping facilitate the privatization of the water supply in California. “People raise a fit over city taxes helping build arenas and they haven’t said a word about this,” he said. To make matters worse, the people who should care the most about it are sitting back waiting for someone else to do something about it.”

Another angler who has spent much of his career on the Delta is Skeet Reese, and he too is alarmed about what these projects mean. “I’m terrified of what this could mean for the Delta and the fishing community,” he said. “The Delta is one of the best fisheries in the world and to see it threatened like this is not good. I hope everyone steps up and gets involved.”

Barrack said the best way for anglers to get up to speed is to come to the Crest Theatre on August 8 for a showing of a 45-minute documentary called Over Troubled Waters. “This is the best 45 minutes you can spend on this topic,” he said. “We need to get involved, we need Ducks Unlimited and all of the other parties who use freshwater estuaries to get involved – this is a huge deal and we can’t sit by and watch it happen.”

To read more about Over Troubled Waters, visit www.overtroubledwaters.org and watch the trailer below.