The Origins of Mark Zona 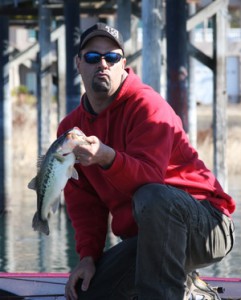 It wasn’t so long ago that the fishing world was introduced to a new breed of television personality. Mark Zona erupted onto the national fishing scene when he was chosen to co-host the ESPN2 show Loudmouth Bass with Jay Kumar. As the show was billed, the pair exchanged fun and often excited exchanges about the sport of bass fishing.

Zona’s off the wall style quickly became a favorite of fishing fans everywhere, and it wasn’t long before he would become one of bass fishing’s brightest stars. Zona, and his co-host Tommy Sanders bring tournament news to life with their coverage of The Bassmaster Elite Series both on ESPN2 on the Bassmasters studio recap, and their on the water videos during tournaments on Bassmaster.com

Zona’s popularity soon earned him his own show, titled “World’s Greatest Fishing Show” that allowed him to roam the country fishing for everything, with anyone. The style of the show was one that Zona himself nicknamed the “Seinfeld of fishing shows,” because it was a show about nothing and anything at the same time. 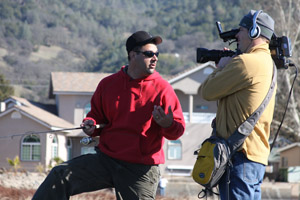 Heading into 2011, Zona has launched a new show called Zona’s Awesome Fishing Show that airs on the Outdoor Channel. But, unlike his previous series, his new program is an all bass fishing show. His guests on the show are Bassmaster Elite Series pros and he has one stated goal for each episode, to reduce his guests to amateur status.

No one ever knows what they’re going to get from one conversation with Zona, let alone a full episode on television, or even a full day on the water filming. However, the experience is always fun, and his genuine passion for life and his profession exude from every pore of his being. The most common pore being the largest one on his face; the one lined with teeth, and that wagging tongue.

Where did he come from, and what makes Zona who he is? The answer lies in a youth spent fishing, and a love for having fun.

Zona’s Early Days
Zona grew up in Chicago , and started fishing early in life when his parents would travel to the Sturgis, Mich. area. “I would fish the clear, shallow inland lakes between Sturgis and Kalamazoo a lot as a kid,” Zona said. “It was while I was walking around the bank at one of those lakes that I was introduced to tournament fishing.”

A local angler asked the youngster if he wanted to fish in a competition with him. “It was 1982, and I was only nine years old, when this guy asked me if I wanted to fish a derby with him; that’s what we called them then,” he said. “We caught two fish, a six pounder and a two pounder and won the tournament, and about $1100; which we split.” 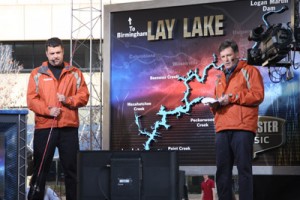 Zona returned home and showed his prize to his parents; his father didn’t believe that he earned it. “My dad was a union worker, and very Italian, and he told me to take the money back,” said Zona. “He didn’t think there was any way I could have won the money fishing.”

Along with playing sports, Zona would keep fishing. “It was basically one weekend of fishing, and one of playing ball,” he said. “By the time I got to be 14 or 15 I had to make a decision to keep fishing or throwing balls; fishing won out.”

By the time he graduated from high school, he knew exactly what he was going to do. “You can ask my mom, but I got my diploma from high school, and moved to Sturgis,” he said. “I never even went back to my seat after I left the stage.”

Fishing had become important enough because he started winning money, but looking back, he said there was another benefit. “I was making $1000 a summer fishing, but not to be cliché; fishing saved me,” he remarked. “I’d gotten in with a crowd who was into some bad stuff, and had I not started fishing, I could have ended up in trouble too.” 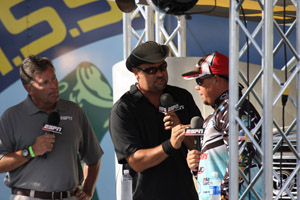 After leaving Chicago , Zona enrolled at Glen Oaks Community College in Centreville , Mich. which was ironically near Lake Templene , the lake he fished that first tournament at in 1982. “I would go fishing in the morning, beach my boat and go to class, then go back to fishing,” he said. “Well, most of the time anyway. If they were biting, I wouldn’t always make it to class; it took me five years to get a two year degree.”

Graduate Program
Zona went from going to school and fishing to selling bass boats and fishing. He competed locally and regionally in B.A.S.S. Invitationals, and when the FLW Everstart Northern Division arrived, he threw is hat in the ring. “I had one goal, and that was to win the division’s Angler of the Year title against the guys I had fished against here locally,” he explained. “In 2003 I finished 2 nd in three of four tournaments, and won the title.” 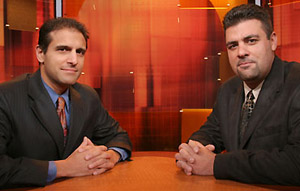 He had contemplated a move to full time tour level fishing earlier with his parents behind him, and when he won the AOY he and his wife Karin seriously considered the move again, but new additions changed his mind. “My twin sons Jakob and Hunter were born and it changed my mind immediately,” he said. “It was around that time that a new opportunity in the form of ESPN came up.”

That opportunity almost didn’t happen, because being the prankster he is, Zona hung up on the phone call from ESPN, thinking it was a joke. “My name was dropped by Kevin VanDam to Jerry McKinnis, who passed it along to an ESPN Producer Jerry Vaillancourt,” he said. “I was sitting in a Subway Sandwich shop when he called and asked if I’d ever thought of being on TV. I told him yes, five minutes ago; and snapped my phone shut.” 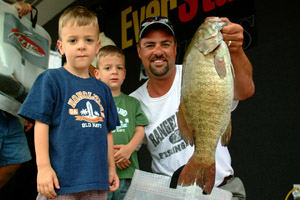 Fortunately, Vaillancourt called back, and he flew to Charlotte , N.C. for a tryout, and he was offered the Loudmouth Bass job; which he seriously contemplated turning down. “I was less than an hour of turning it down,” he revealed. “I was making a decent living selling boats and fishing, and I told Karin that I had no reason to change our lives for a shot in the dark.” His wife gave him new perspective that changed his mind. “She told me that I could always go back to doing that if I failed, so I reconsidered and told them yes.”

They flew him down to do an episode of Bassmasters, which was the Lake Guntersville tournament that Zell Rowland won and Morizo Shimizu finished second,” he said. “When it was over, I was depressed, I told Karin that I’d tanked, but at least I could say I did The Bassmasters one time.” Six months later, when ESPN was making plans for the following season, they returned the call, and Zona was partnered with Tommy Sanders; they are still the hosts today.” 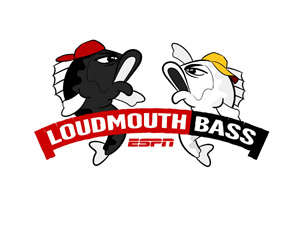 He looks back on his fishing career and realizes now that he made the right choice. There was one thing I didn’t have that some of these guys do that would have made me a better angler; killer instinct,” he expressed. “I didn’t have the step on their necks impulse that guys like Skeet, VanDam and Greg Hackney have. I was more concerned with having a good time and enjoying the people I was with, or jacking around with Co-anglers, and I think that’s why I had a ton of 2 nd place finishes.”

Fast Forward
It’s now five year years later and Zona is still often amazed at where he is. “I still wake up in the morning and think about where I am sometimes and shake my head,” he said. “I’m doing my own shows, filming with KVD, Skeet, Hackney and Jeff Kriet and it’s still a little unreal.” 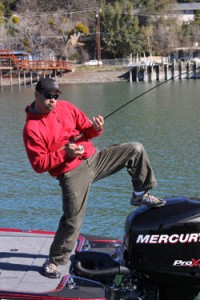 “I love doing my show, World’s Greatest was a lot of fun, and I’m looking forward to Zona’s Awesome Fishing Show growing,” he said. “But, after all these years, I still get a charge out of doing the Bassmasters. It’s the show I grew up watching, and I can’t believe I get to be a co-host with a pro like Sanders,”

“Ultimately I’m doing what I want to do which is just go fishing,” he said. “Someone asked me what kind of format my shows would have and I told them that there wouldn’t be one; I’m going fishing with my buddies, and we’re going to have a good time. I’d be the same if it were a cooking show, I would cook. Sometimes I would burn stuff, but ultimately, that’s what I’d be doing.”

“I’m having so much fun doing this that about half the time out there I forget there’s a camera around, I’m just cutting up with my friends, having a good time,” he quipped. “What can I say? I’m a bonehead out there, and if that entertains people, then I’m all for giving it to them; I just love what I do, and Zona’s Awesome Fishing Show is where that all comes to its fullest completion.” 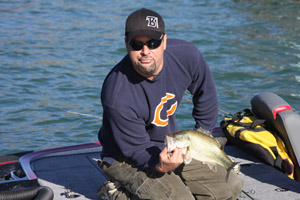 “I’m really thankful for everything, for my friends who’ve helped me along the way, to ESPN for taking a gamble on me, and the fans who share my antics with me,” he concluded. “Most of all I’m appreciative of the companies who choose to partner with me in sharing the fun with the fans, without all of these people I wouldn’t be doing what I love; it’s a surreal experience.”