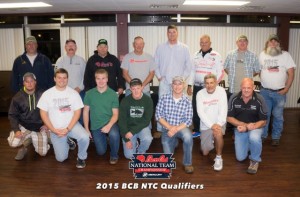 Monday marks the beginning of the third annual, two-day Bass Cat National Team Championship, presented by Mercury Marine, a no-entry, by invitation only tournament put on by Bass Cat’s Rick Pierce and other members of the “BCB Family.” Nine teams have qualified via an equal number of regional events, and Pierce intends to put their analytical and physical fishing skills to the test, with a format that differs from those presented in 2013 and 2014. Whichever team executes the best will win an all-expenses paid trip to Lake Picachos, Mexico.

Both Monday and Tuesday will be daylight to dark affairs, split into two sessions each. Whichever team has the heaviest cumulative weight at the end of the four sessions will be declared the champions and they truly will have earned that title.

Monday afternoon’s session, as well as the Tuesday morning period, will be held on Bull Shoals, one of the most diverse fisheries in the United States and a true “pattern lake.” The tournament will conclude Tuesday afternoon with five hours on Norfork, another quality multi-species fishery with the potential for big weights. The bass on both reservoirs are committed to the fall feed right now and whoever unlocks a key pattern has the potential to claim a big lead.

The kicker in this format – and there’s always a twist in these events – is that Monday morning will be spent on Lake Taneycomo. While teams will be permitted to weigh in a five-bass limit during all four sessions, they’ll also be able to weigh in two “bonus trout” from Taneycomo, and that weight could prove to be the difference between the champions and the also-rans.

While the entirety of northwest Arkansas has played a critical role in the development of professional bass fishing and the bass boat industry, Pierce said that few of even the sport’s closest followers are aware of Taneycomo’s unique role in that history. “The dam is an original dam from the 1900s that started on the White River for power generation,” he explained. “This was a few decades before Table Rock, Bull Shoals and Beaver. Without Taneycomo, who knows if Branson would be Branson and if Bull Shoals or Table Rock would have ever been built.”

While the teams were given options as far as how they wanted to spend Sunday’s lone day of practice, one option was not open to them – Taneycomo remained strictly off limits. Since only one member of the field has been there before, Pierce believes that this will create a truly level playing field.

Temperatures in and around Mountain Home are expected to drop into the 30s tonight, but tomorrow should be clear with temps around 60. On Tuesday it’ll be even warmer, with the mercury approaching the 70 degree mark.

Look for updates after the conclusion of Day One, and for a full accounting of the tournament’s progression subsequent to the scales’ closure on Tuesday.