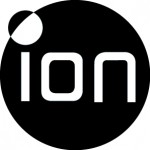 Per the sponsorship agreement, iON America has been named the official and exclusive POV camera sponsor for FLW, and the newly available iON Air Pro 3 will be used on all of the final-day, top-10 FLW Tour competitors’ boats as well as prominently featured during the airings of the “FLW” television show on NBC Sports Network.

“We are very excited to announce our partnership with iON America,” said Trish Blake, President of FLW Marketing. “The iON brand is an extremely high-quality line of cameras with great innovation and reasonable pricing. They were the first to offer Wi-Fi connectivity and free cloud storage to users. The possibilities of what this partnership can do across our various media channels and for our sport is endless.”

The recently available iON Air Pro 3 Wi-Fi wearable, high-definition (HD) video camera will be featured by FLW throughout the 2014 season. The iON Air Pro 3 Wi-Fi offers powerful, new features designed to make it easier for anglers of all levels to capture and share high-quality video and still images. However, it retains the compact size, light weight and fully waterproof design that have made Air Pro cameras a natural choice for FLW fans.

“We are excited to see iON cameras capturing content during the competition,” said iON America CEO Giovanni Tomaselli. “FLW will then use this content for their production needs and for ongoing development of the sport.

“We are also pleased to announce that Bill McDonald has joined iON as our hunt and fish specialist,” continued Tomaselli. “Bill brings with him 20 years of tournament fishing experience and will help solidify iON’s place in the fishing world.”

Per its sponsorship agreement, iON America will be featured across all of FLW’s media platforms, including its tournaments and expos, websites, social media, FLW Bass Fishing magazine and the “FLW” television show on NBC Sports Network. The Emmy-nominated “FLW” is broadcast Sundays in high-definition (HD) on NBC Sports Network to more than 564 million households worldwide, making it the most widely distributed weekly outdoors-sports television show in the world.

About iON America
iON America pioneered the concept of Shoot/Share™ Wi-Fi connectivity in point-of-view (POV) cameras with its aerodynamic and fully-waterproof Air Pro, Speed Pro, Adventure and The Game lines. Designed for pros and amateurs alike, iON cameras make it easy to capture and share high-definition video and still images, with Wi-Fi connectivity and free cloud storage. iON America’s experienced team has been involved in the design, development and manufacturing of digital imaging products worldwide for over 20 years. For more information, visit www.ioncamera.com and its social sites: