“Adding Jacob Powroznik to our pro angler team will assist us in reaching a broader demographic. With Jacob’s runner-up in the 2012 FLW AOY standings, and his continued tournament success, he has proven he’s a angler on the verge of superstar status within the sport,” stated Fred Battah CEO of Livingston Lures.

Powroznik stated, “I’ve seen Livingston all over the place for the last year, and that shows commitment to the sport.  It also shows consistency and that impressed me. When I finally got a chance to try a few of their lures and see the fish react to the sound and vibration technology in action, I was sold and wanted to be a part of the rise of Livingston Lures.” 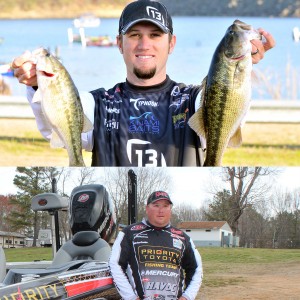 Battah stated, “Stetson was the youngest angler to ever win an FLW Tour event, and we know he’ll lead us to the future generation of our sport. We believe that his tournament history shows consistency and excellence, two things we believe in strongly.  Stetson is a very welcome addition to our team.”

About Livingston Lures: Livingston Lures is a division of parent company SPFM L.P., a San Antonio, Texas-based consumer products distributor with global presence and a 27-year track record of success.