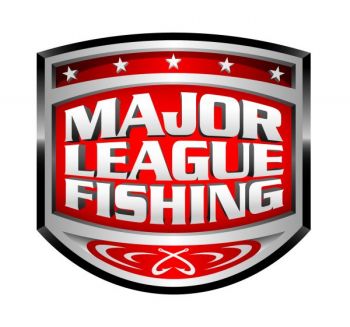 Outdoor Channel, America’s Leader In Outdoor TV, will air the Alpena, Michigan-based event at 2 p.m., an hour earlier than the network’s traditional starting time for new rounds of competition.

This is Outdoor Channel’s first-ever, two-hour special of a competitive fishing show.

“The two-hour televised event is monumental for the sport of tournament bass fishing. It is a huge deal, and we are proud to present the in-depth coverage in a way that has never before been seen on television.”

“We’re proud to close the fourth season of our popular fishing series, ‘Jack Link’s Major League Fishing,’ with a riveting two-hour special that follows six pro-anglers’ fight to the finish,” said Jeffrey Wayne, Executive Vice President of Programming at Outdoor Channel. “It’s been two and a half years since we joined forces with Major League Fishing to co-create a new sports organization that highlights the sport of competitive bass fishing. Since then, we’ve generated greater awareness and appreciation for the sport, the professional anglers involved and the beautiful locales we’ve visited along the way.”

“We’ve taken a lot of really important, first-ever steps. Our anglers are competing on a televised show with leader boards in their boats; they get penalties when they step over the line; they fish without  practice and preparation. These are all ‘first-evers,’” Rucks said.

“And this is another big, new step for Major League Fishing.”

Rucks likened the two-hour broadcast to the two-hours-plus versions of league events that are available on the Internet, pay-per-view Extended Cast broadcasts. (Extended Cast shows can be found at www.majorleaguefishing.com.)

“Major League Fishing fans that see Extended Cast tell us how much they like the extra coverage. They talk about how in-depth and entertaining the coverage is, because you see and hear more of what they anglers are thinking while they compete,” Rucks said.

“This is what viewers are going to see on the two-hour Outdoor Channel special: more time and deeper coverage.”

The Championship Round action offers coverage on the third Alpena-area lake. Round 1 took place on Hubbard Lake, south of Alpena. Round 2 was on Long Lake, which (similar to Grand Lake) is north of Alpena.

“A lot of people not from here seem to think that Michigan lakes are all alike, but that’s not the case,” said Major League Fishing angler Kevin VanDam. “We’ve gotten a completely different feel from Hubbard to Long, and Grand Lake is going to be something entirely different.”

Major League Fishing angler Boyd Duckett, who was eliminated during the second round of competition, said he is tremendously pleased that Outdoor Channel has chosen to air a two-hour presentation of the Summit Cup championship.

“We’re growing at Major League Fishing. Every new step is exciting,” Duckett said. “And I promise you that having a two-hour competition round on television is a big step for us and big for our sport.”

About Outdoor Channel
Taking viewers across America and around the world on unparalleled adventures since 1993, Outdoor Channel is America’s Leader In Outdoor TV. Dedicated to the outdoor lifestyle and conservation, the independent cable network is a division of Outdoor Channel Holdings, Inc. (NASDAQ: OUTD) and provides a complete spectrum of riveting hunting, fishing, shooting and adventure entertainment. Outdoor Channel is received by 39.1 million U.S. households – the largest outdoor TV footprint in the country – and is available in more than 50 countries internationally. Outdoor Channel can be viewed in HD and is accessible by broadband and mobile platforms. For program times and other information, visit www.outdoorchannel.com. Follow us on Twitter and on Facebook, and download our iPhone and iPad app.