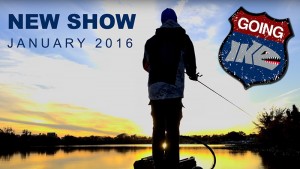 Pittsgrove, NJ, January 10, 2016. “Going Ike,” a series of short films, each featuring a day-in-the-life fishing escapade of Mike Iaconelli and his fellow anglers, debuts Friday, January 15 at 3 PM ET on MikeIaconelli.com and YouTube.com/Going_Ike.

“Going Ike, captures the real story of a days fishing adventure. The travel to the location, the excitement of the first cast, the first catch and the disappointment and heartbreak of a lost fish” said Iaconelli modestly. “If you were a fan of my old TV show City Limits, then your going to LOVE this new film series!” he smiled.

Each short film crams a full day of fishing action, fun and excitement into a five to ten minute video. Fishing venues and themes include the unlikely, the unusual, and the unheard of, from fishing in urban Central Park, to secret hidden spots in the country, and everything in between.

In addition, Going Ike was filmed and produced by a collative of three professional film makers, including: C1 Films with Frankie Marion, 496 Films with Hunter Shryrock and Illustrado Films with Vince “Stizo” 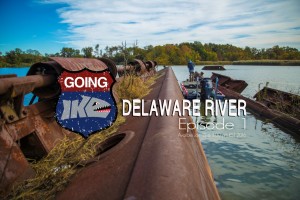 A new Going Ike episode will air every two weeks. To receive an email with dates when each new episode is released, subscribe at YouTube.com/Going_Ike.

A South Philadelphia native now living in New Jersey, Mike Iaconelli fell in love with fishing at his grandfather’s side in the Pocono Mountains of Pennsylvania. He began fishing in tournaments after high school, joined the pro-am circuit in 1993 and turned pro in 1999. In 2003, he won the Bassmaster Classic. To date, he has won Bassmaster Elite, Classic, and Open championships and has earned over $2 MM in prize money. Mike is also the host of the popular live web show “Ike Live”, along with hosting the new web series Going Ike. In addition, he and fellow fishing champ, Pete Gulszek, run The Bass University, which offers intense 2-day fishing classes that bring avid amateurs and professional fishermen together.