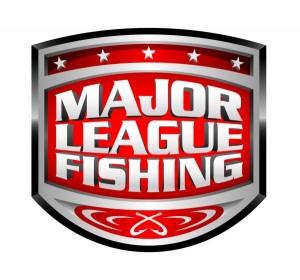 Lake Istokpoga offers the anglers unspoiled natural scenery, challenging but rewarding fishing conditions, a host of changing weather conditions and even unexpected visits from species other than bass.

“We just came off an event on Chautauqua Lake in New York, where our anglers showed their dock fishing skills and were confined to some tight quarters. Now we move to South Florida for the Challenge Cup, and the contrast our anglers find on Lake Istokpoga couldn’t be more evident,” said Major League Fishing Commissioner Don Rucks.

“At Istokpoga, our anglers get a full dose of Florida fishing on an absolute gem of a lake. Istokpoga was a lot of fun, and I promise you that every episode is highly entertaining. In fact, in the first show, one of our anglers gets tangled with a gator. And he lives to tell about it.”

Challenge Cup coverage will air six times per week during the second quarter of 2013 on Outdoor Channel. For air times, please visit: http://www.majorleaguefishing.com/news_details.aspx?id=1664.

The Challenge Cup features the addition of two anglers that have previously not competed in Major League Fishing. Toyota B.A.S.S. Angler-of-the-Year Brent Chapman and another high-level B.A.S.S. competitor, Randy Howell, join the field at Istokpoga, They replace Mark Davis and Dean Rojas, who were unable to compete in the Florida event. Additionally, Kevin VanDam returns to the field after a one-event absence.

“We have two Florida guys in the field, and part of the drama in this first episode is to see if Shaw and Bobby can hold serve on their home court, so to speak,” Rucks said.

The Challenge Cup, which was filmed in late October 2012, includes 24 of the world’s best-known competitors and utilizes an innovative angler-created format. In addition to not being able to practice, the anglers are not allowed to practice before the event, cannot compete with pre-determined GPS waypoints, and are limited to fishing on designated sections of water disclosed to them less than 12 hours before their competition rounds began. Each day’s action serves as an elimination round.

The anglers’ boats are equipped with real-time leader boards. Boat judges accompany all anglers and administer penalties. After the weight of each catch is recorded, bass are released back into the lake.

The Challenge Cup included six consecutive days of competition. Elimination Rounds took place during the first three days, with eight anglers competing each day. The top four anglers from each day advanced to the next round, Sudden Death. During Sudden Death, six anglers competed on the first day, the remaining six the next day. Three anglers advanced each competitive day of Sudden Death, setting up a Championship Final Round featuring the top six anglers.

Jack Link’s Major League Fishing is a partnership of 24 of the world’s most talented, influential professional bass anglers and Outdoor Channel. Jack Link’s is the organization’s title sponsor. For more information about the new game, with new rules and no limits, visit

Taking viewers across America and around the world on unparalleled adventures since 1993, Outdoor Channel is America’s leader in outdoor TV. Dedicated to the outdoor lifestyle and conservation, the independent cable network is a division of Outdoor Channel Holdings, Inc. (NASDAQ: OUTD) and provides a complete spectrum of riveting hunting, fishing, shooting and adventure entertainment. Outdoor Channel reaches 39.5 million U.S. households – the largest outdoor TV footprint in the country – and is available in more than 50 countries internationally. Outdoor Channel can be viewed in HD and is accessible by broadband, mobile platforms. For program times and other information, visit