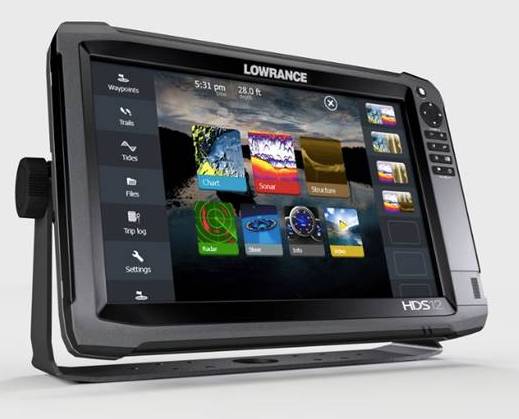 Tulsa, Okla. – Lowrance®, a world-leading brand in fishing electronics since 1957, announced today the launch of the High Definition System (HDS®) Gen3 fishfinder/chartplotter series. The next revolutionary step forward for the world’s top-selling and award-winning multi-function display, HDS Gen3 is available in 7-, 9- and 12-inch models and combines a faster processor with enhanced, built-in fishfinder technologies, as well as a modified menu system that’s even easier to use.

With an improved Lowrance user interface plus multi-touch and full keypad operation, the HDS Gen3 series provides quicker, fingertip access to all features – along with an enhanced, lightning-fast processor for more responsive performance. Instinctive, icon-driven commands are easy to learn, and convenient features such as scrolling menus, cursor assist, snap-to setting markers and preview panes with quick-touch slider bars, provide a user-friendly feel, similar to operating a smartphone or tablet.

“Since 2008, anglers worldwide have relied on Lowrance HDS systems to make the most of their time on the water,” said Leif Ottosson, CEO, Navico. “Not only does HDS offer today’s most advanced fishfinder technologies, the collection of optional mapping solutions and performance modules cannot be surpassed by any fishfinder/chartplotter in the industry.”

Sized to fit the same bracket and flush-mount cutout as HDS Gen2 Touch, the new HDS Gen3 family of 7-, 9- and 12-inch displays are priced at $1,249, $2,049 and $3,149, respectively, not including transducers. All models can be purchased from authorized Lowrance dealers and distributors, and they are protected by a two-year warranty along with the Lowrance Advantage Service program. For more information on the Lowrance HDS Gen3, the entire Lowrance line of marine electronics, or to locate an authorized Lowrance dealer, please visit www.lowrance.com.