We spent our Christmas vacation in Mexico this year, and it was a great getaway. We’ve done all kinds of things as a family, and outside of a few activities, it’s been a totally mellow trip.

The girls have been enjoying themselves a bunch, they’ve been swimming like mermaids, and they’ve been able to experience some things with nature that have been really unique. They got to release some sea turtles from the beach into the Gulf of Mexico; which was totally cool. They’re getting ready to swim with some dolphins too, and they’re really looking forward to that.

I got a real treat while we were down here; I got to go on a two night, two and a half day fishing trip to sea on an amazing boat. The boat is a brand new 75-foot sportfishing vessel / yacht that we fished and slept on for two days. The boat is called “The Redneck” it’s owned by a guy named Murray Dallas, and it’s one of the nicest boats I’ve been on in a while.

We fished for everything from tuna to Dorado, and even some squid. I’d never fished for squid before, and that was a lot of fun. Fishing for tuna is one of my favorite things to do, and I personally caught four good sized fish; a 110, a 130, a 150 and a 200 pounder. The Dorado fishing was crazy too; the whole trip was epic. 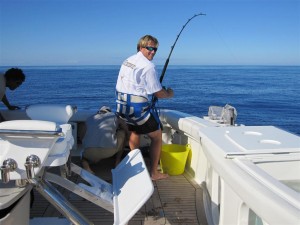 The cool thing about it was that I realized when I got back that it was the first three days in a long time that I didn’t think about work. It was after I returned to the condo that it struck me that business hadn’t even crossed my mind once on the boat; it was just what I needed.

We’ll have a few more days down here but when I return, the business of getting ready for the Classic will be on my mind. I’ll get back to a hardcore workout routine, and start finalizing more and more plans when we get home.

The boat is at Sticky Graphics getting the wrap installed, and the truck will soon follow, so that means the season is fast approaching. Now that I think about it, it’s only six more weeks before we slide our boats into the water for Classic practice, and when I do think about it, I start chomping at the bit to get going.

Now that it’s live, and you’re reading Skeet’s Beat here, I’m really excited about the partnership with Advanced Angler.com. I’ve been a part of helping set up the features that I’ll be doing here, and with the plans they have for the site, I think it’s going to be something anglers will enjoy and be able to learn from.

Skeet’s Beat will now be here weekly, as well as on my site (www.skeetreeseinc.com)
and I’ll be doing as many educational features here on Advanced Angler as I can. I’ve always wanted to have a forum to help people catch more fish, and this is really something I’m excited about being a part of.

There’s more plans being made and announcements to come from me in the near future, so keep an eye out for them. Most of all have a Happy New Year, and may it be full of fun, family, success, and a bunch of fish for all of us. 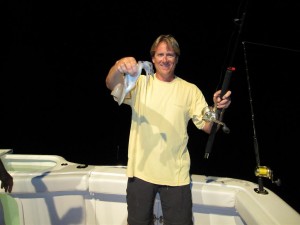 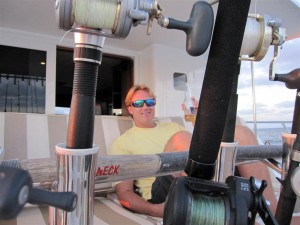