Editor’s Note – There is perhaps no more motivating story in athletics than a Cinderella Story.  The examples of inspiring victories abound; the Wild Card team winning the World Series like the San Francisco Giants did in 2010; the underdog New York Giants beating the undefeated New England Patriots in the Super Bowl and the U.S. Hockey Team beating the Russians in the 1980 Winter Olympics.

The following is a story of an unknown angler who started with the dream of qualifying for a State Championship tournament then putting in the time and effort to learn body of water; and the intestinal fortitude to overcome adversity to claim victory.

The media has freely bestowed the title, “Cinderella Story,” upon anyone willing to accept it; causing much of its meaning to be lost. The intrigue of the Cinderella story isn’t the outcome; it’s the journey getting there: The humble beginning, the years of hard work, and the dream of someday becoming someone.

Chris Childers’ victory at the recent California Bass Championships State Championship is the epitome of the Cinderella Story. He’s enjoyed success at the local level, but never had the opportunity to showcase his ability on a larger stage. After years of fishing three to four days a week putting in his time on the water he finally got the opportunity when the CBC tournament organization was created. In the words of CBC President Tom Leogrande, “Chris Childers is exactly why the CBC was created. For years it’s been debated who the best angler in the state is and for years we’ve had no way to decide that. We wanted to create a tournament that showcased the most talented, most versatile anglers in the state at a price that allowed anyone the opportunity to compete. We’ve eliminated the subjective nature of the sport. If you think you are the best angler in the state come out and prove it.” 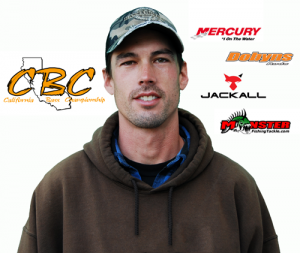 Childers, who is originally from Dallas, Tex. and now resides in Southern California; read and re-read the list of his competitors each name representing another angler whose name he was familiar with. There was Dale Ball, the CBC champion from the year prior. Kyle Rasmussen, big fish guru from Central California. Stephen Yee, Heavyweight Bass Classic Champion from the California Delta. Sean Stafford perhaps the most consistent angler in northern California. Finally, there was Greg Gutierrez a former Elite Series pro and two time Bassmaster Classic qualifier. The list went on and on, each name came with another story of their angling prowess and each one made him more anxious for his upcoming visit to Clear Lake. There was one thing about all the anglers he was certain of, no one knew his name, and the only way he could change that was to have a good showing at the state championship.

The format of the CBC events offers four qualifying tournaments with the top 25% of the anglers from each tournament advancing to a no cost regional event. From there the top 25% qualify for the no entry fee state championship where everyone is awarded a check regardless of finish position. Childers qualified through the regional at Lake Nacimiento where he earned a seventh place finish. From the moment he had qualified all he could think about was Clear Lake. His previous experience was very limited, he had seen the lake a total of three times and spent only 10 days on the water all of which came in the fall months when he fished other organizations’ TOC events. He started his research by scouring the internet for any information he could find. After many hours of research he had made up his mind that the tournament would be won on Henderson point and he would fish it thoroughly during the tournament regardless of how practice went.

On his long drive up to Clear Lake from Glendale he thought about all the big fish he was going to catch off Henderson and by the time he got there late that evening the excitement was too much. He couldn’t wait until the next day so instead he launched the boat at dusk and went out night fishing. He drove directly to Henderson point, dropped the trolling motor, and realized he had a problem; the trolling motor was inoperable and would need to be fixed. Monday morning lead him to more bad news when he was informed that all the repair shops were closed due to the Memorial Day holiday and he would have to wait until Tuesday to get it fixed. Childers realized that his practice time was limited so instead of waiting another 24 hours to get back out on the water; he called around until he found a place he could get the part and repair the motor. That place happened to be the Hook Line and Sinker located only 150 miles away, but it would have to do. Once he made the 300 mile round trip and repaired the trolling motor he knew he couldn’t wait until the next day to get some practice in so he again launched at dusk and made his way over to Henderson point. Within an hour he and his practice partner had 20 pounds of fish in the boat and he decided to leave them biting rather than stick anymore fish. 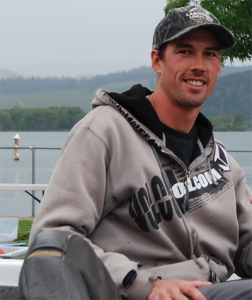 The next two days of practice he looked for anything that could possibly be a back-up plan to his jig bite on the single hundred yard community water that Henderson provided. He was unable to piece anything significant together and had all but made his mind up that he would fight the crowds and camp on Henderson all day long during the tournament. With a few hours of practice left he decided to try one last hail Mary and look for some late spawning fish. As he idled into the back of a marina he was surprised to find numerous 2-3 pound fish that were fairly easy to catch. He put this in the back of his mind as something he could do if his jig bite didn’t pan out.

Day one of the tournament started off terribly. He went straight to his starting spot and proceeded to break off six jigs in only 30 minutes and without a single bite this process was becoming increasingly annoying. While he sat and retied he noticed something strange, not a single other boat was within eyesight of him on what he considered the most obvious community hole on the lake.

Anyone who has ever fished Clear Lake knows that Henderson can be the equivalent of a merry-go-round in the summer months, but during the entire tournament Childers found himself alone on the entirety of his water. After an hour and a half of no bites and his stock of jigs depleted he decided to go and catch a quick limit of spawning fish. He rigged up a four inch white lizard on 65 pound braided line and made quick work of his first two bed fish.

As he approached the next bed he noticed something different than he had seen the day prior. There sitting next to the smaller male was a giant female. He pitched at it several times but only drew the interest of the male, finally he decided to concede the bigger female and catch the male. He made one more flip to the bed just to see how the female would react and before he could analyze the behavior he found himself battling the fish to the boat and flipping it up to his deck. The game had changed. No longer was Childers trying to just stay in it, he now had his kicker fish and was a single fish away from a limit. He continued to bed fish catching his fifth and final fish and culling up a few ounces, but he knew that he needed one more solid fish.

His last three hours were spent back on his sweet spot of Henderson point. After losing all of his watermelon jigs earlier in the day, he tied on a homemade 3/4oz brown/black jig with a Reaction Innovations trailer and started to slowly crawl the jig over the boulders below. Finally he got bit and it was a big one, the fish he needed to put himself in contention, but as he reached for his net the fish spit the jig right back in his face. His confidence was shattered. He started to doubt what he could have done differently and why he had lost that fish.
Instead of making another cast immediately, he took a few moments and collected his thoughts as he soaked his jig in pro-cure and straightened out his trailer. The memory of his lost fish soon began to fade as he was able to hook and land a five pounder and cull out his final small fish. His weight for the day was 18.37, good enough for 5th place and well within striking distance.

Day two was an earlier blast off and he immediately went to his jig spot that had produced his last second heroics on day one. After a quick fish, the bite had died. He couldn’t get a single bite in the next two hours and he was left questioning what to do next. He made up his mind to leave the spot and go look at some water that produced a few bites during practice, but at each one of his stops he was unable to boat a keeper.

With the winds blowing much harder than the day before he knew his bed fish wouldn’t be an option. He was out of ideas and the clock was ticking he decided to look for completely new water and chose a bank that looked conducive to bedding bass. Sure enough Childers stumbled upon what he described as the mother lode. Between two docks sat approximately 30 bed fish and all of them were three pounders. He was unable to get them to commit to his lizard so instead he switched to his jig and tipped it with the white lizard as his trailer. He was able to boat a limit but lacked the size necessary to compete for the top spot, he had around 15 pounds and had two fish that barely measured. 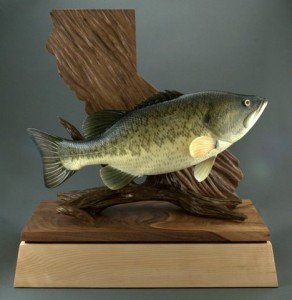 With the wind intensity increasing he could barely make out a fish that had bedded against a seawall and from his current boat positioning he couldn’t make the right presentation. He quickly decided to put his boat up against the wall and placed his rub rail buoys out to minimize the damage to his boat. Sure enough within a few pitches he was able to catch the fish and cull out one of his squeakers, leaving him with 18 pounds and an outside shot at the win.

He started to look for more bed fish, but with the wind chop and his time running out he knew it would be all for knot, so instead he went back to his jig water. After two days of covering every boulder, rock, and pebble Henderson had to offer he still believed the winning fish would come off that point, and he was right. At 2:00, with only an hour left until his weigh in Childers got that big bite he had been working for, this time he was ready with the net and scooped up his kicker for the day, a 6.29 pound giant. That was it. Childers’ packed his gear and slowly made his way back to weigh-in.

At the dock he heard others’ weights called and his mind was racing calculating what it would take to win the championship. In the end it came down to two anglers; Childers, perhaps the least known angler in the lot and Guiterrez, the angler with the most name recognition. With a tournament best 23.77 pound bag Childers had secured the title and most importantly his name was now listed where no one could miss it; Right on top.