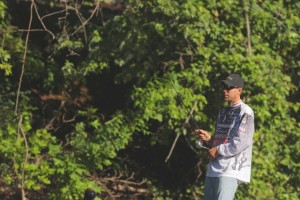 Martens is a gifted angler, one who fishes with as much natural instinct as anyone on the pro tours. Martens is extremely creative. His reputation for finding unique ways to put bass in the boat is the stuff of legend. Martens is a winner. the 2004 Bassmaster Angler of the Year He is the lone Bassmaster Angler to have won a Bassmaster event on all of the major B.A.S.S. tournament waters in the State of California.

He won Bassmaster Invitationals at Lake Oroville in 1999, in 2000 at Lake Shasta, and Clear Lake in 2002. Then, in 2007, he won an Elite Series event on The California Delta. Of course he followed that win up with a 2009 victory on Lake Guntersville; but the point is, Martens is a skilled angler.

Even the best anglers hit rough patches and if you watched the early part of the 2012 Elite Series campaign; it looked as if Martens had stumbled into one. It appeared as if the usual Martens steady excellence had given way to some sort of monstrous incarnation.

The Usual… Or a Transformation?
Even though he finished a disappointing 74th place at the first Southern Open of the year at Florida’s Harris Chain, it appeared that the 2012 angling year started out as normal as any other for the Leeds, Ala. pro. His 12th place finish in the Bassmaster Classic was almost exactly martens average finish in 13 trips to the Bassmaster Classic. Aside from his four runner up finishes in the Classic, Martens has only finished outside of the top 25 one time, and he has notched seven top 10 Classic finishes altogether.

Then, a monster appeared. Martens went to the first Elite Series event at the St. Johns River, and bombed. His 84th place performance there was uncharacteristically poor. Then, he went to Lake Okeechobee the following week, and performed better, but a 58th place there; followed by an identical 58th place performance at Bull Shoals found him in the lower third of the Toyota Tundra Bassmaster Angler of the Year standings. Many of the angling pundits wondered if he had left himself little chance of making the Classic. 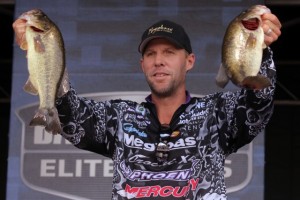 Then, the claws came out. Martens flipped the scales on the season with a third place finish at Douglas lake, followed that with a 25th place at Toledo Bend and then posted a fifth place finish this past week on the Mississippi River in La Crosse, Wis.

Following those performances, Martens has risen to 26th place in the Angler of the Year standings with two events left on the schedule. With Lake Michigan and Oneida being those remaining events, an average finish for Martens, and his 14th trip to the Classic looks strong.

The Difference?
It may not have taken much to notice that Martens has been sporting some uncharacteristic facial hair the past couple of events. The normally baby faced pro has gone the route of NHL hockey players who start growing a “playoff beard” as soon as the playoffs begin. Another comparison that could be made is that of San Francisco Giants closer Brian Wilson who inspired Giants fans to begin chanting “fear the beard” as the Giants made their World Series Championship run through the 2010 Major League Baseball postseason.

While many; including Bassmaster emcee Dave Mercer have begun to feel that Martens’ whiskers have some sort of Samson-esque power over Martens’ performance, the truth is that it may have taken him several events to feel comfortable at the beginning of the season.

Martens has long been one of the roving, nomadic anglers on tour who camp with his family in tow. However, with his children starting school this year at home in Alabama, his wife Lesley, daughter Jordan and son Spencer only recently were able to resume the nomadic life with their father.

We’ve all witnessed how changes to an angler’s normal routine can have an effect on their ability to concentrate on the tasks at hand. Anglers change roommates, their spouse gets a new job, or has a child and the ability to focus on their decision making and the fish can sometimes become more like radio waves of interference rather than finely tuned antennae.

Do we know this for sure in the case of Martens? No; however, the turnaround in his season certainly seemed to coincide with the return of his family and their motor home camping ways following completion of the children’s school year.

But, there is always the chance that his new facial hair might possess some sort of magical power that has re-tuned his antennae. Or, there might be the case to be made that the veteran pro; who has earned himself a reputation of being a mild mannered “tackle doctor,” might actually have some sort of Mr. Hyde character roaming about in his system. 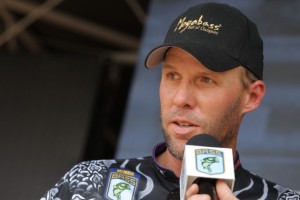 Whatever the case, Martens’ season certainly appears to be on the ascent, and whether the reason is magical whiskers, the return of his family or a stunning alter ego, we only have one question. If Aaron Martens has been fishing with two personalities this year; which one is the “evil genius?” Because I’m sure that there are those that would rather he not fish anymore, because he’s certainly become a monster on the water.