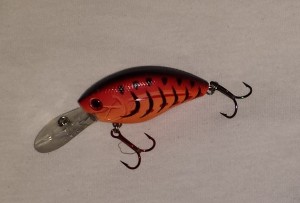 Well folks here we are again talking fishing and Livingston Lures. Last time we talked about the Pro Sizzle Jr . This time it’s about the new and exciting bait from Livingston Lures, the recently released Howell Dream master Classic.

Livingston has been teaming up with the Pro’s and fine tuning baits this is the first to be released and for great reasons. This bait as a prototype bait helped Randy Howell come back and win the Bassmaster Classic on the final day. It has to be every Tournament Bass Fisherman’s Dream to win the Classic but to do it on his home body of water is really a special thing and for anyone that has ever met the Howell family I think it was special to watch.

As a company, Livingston Lures is amazing and something else. I’m very honored to be a part of the regional Promotional Staff for them. 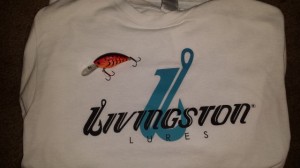 I got my shipment right when this bait was released. The first chance I got, I went to a local Pond by my place here in Sacramento, Calif. and had to toss this bait around some. I ordered the same color that helped Randy win the Classic; “Guntersville Craw.” How can you not go with a color that helped win a Classic, right? 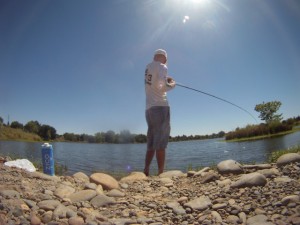 I paired the Howeller with a Dobyns 764 RM CB, matched with a 6.4:1 ratio Lews BB1 with 14-pound-test Sunline FC Sniper. I spent the first few casts tweaking the bait to run around some of the cover I faced. Once it was tuned to how I wanted it to run, I spent some time changing my retrieve from a slow nonstop grind back to me. I then tried it with a retrieve with slow stop and go retrieve giving time to let the four second EBS (Electronic Bait Fish Sound technology) do its magic.

Let me tell you this bait is very amazing. It has that nice tight wobble that we usually to get out of shallow running or squarebill crankbaits. This type of action is not usually found in medium diving plugs.  Along with I have fished in this exact spot with other lures many times.  I’ve hung up lures in the rocks there for years.  I’ve even hung up squarebills which are great at deflecting off of cover.  I made multiple casts with the Howeller and did not get hung up once.  The lure kicked nicely off of the rocks and I never had to retrieve it from a snag.

To be honest, I didn’t get many bites this first time out with the bait, but I was really only there to test it out anyway and wasn’t really expecting to catch fish there. The lake near my house is starting to transition from the spawn to summer mode, and most of the fish are deep, so reaching them from the bank was not easy. 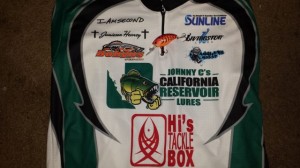 One thing I did notice was the smaller, year class bass around the shallows would swim very fast to the bait quite a bit on every cast, and when paused, they would rush in even closer as the EBS technology started.

I feel very strongly that this bait is going to win quite a bit of tournaments and help a lot of anglers put more fish in the boat. Whether you fish from a boat or the bank, it will produce well, and has solid components on it out of the package.

If you want to find out more, check out www.livingstonlures.com for a shop near you or order them online. While you’re there checking out the Howeller, also check out all the other great baits as well as other needs like shirts and hats.

In the words of Angler Music’s Mike Morazzini song Take a Cast “the only way to catch, is to click the bail and take a cast.”

Have fun and enjoy the time on the water.