Learn About On the Water Hydration from Captain George Gozdz 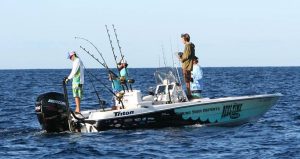 I can remember my first fishing trip like it was yesterday, a day spent on the water of Herb Parsons Lake in western Tennessee with my dad, Bill, and my late grandfather, Willie.

While largemouth bass soon became the target of our family fishing get-togethers, they weren’t on this particular day as we spent an afternoon catching the platter sized bluegills that the lake was well known for.

Trouble was, by the time we made it back to my grandfather’s house later that evening – and the scrumptious meal of bluegill filets that my granny turned our catch into – I had started to feel a little bit under the weather.

Why? Too much fun in the sun catching one-pound bream and not enough water to drink, I’m pretty sure.

Fast forward to a trip several years ago when I spent an entire day on the Lone Star State saltwater flats wade fishing for redfish and speckled trout near Port Mansfield, Texas.

Like my earlier bluegill trip as a pint-sized kid, this trip brought a similar result as I crashed and burned in my air conditioned hotel room after several hours under the hot late summer sun.

Truth is, both times, I was probably close to being dehydrated, something that I didn’t know then but fully recognize now. 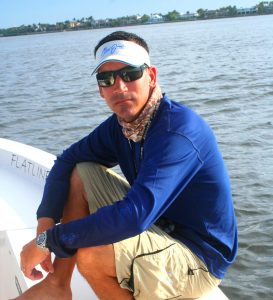 And as someone who has recently passed from his 40s into his 50s, I’m realizing that dehydration is a real malady on the water – whether fishing for bluegills, largemouth bass or redfish – and a condition that can carry serious danger and consequences.

Captain George Gozdz knows all about dehydration too, an ironic medical condition that can have serious ramifications despite the fact that an angler is literally surrounded by miles and miles of the liquid blue.

A former ER nurse for the better part of two decades, Gozdz now spends more than 200 days a year searching the Florida salt for whatever will bite on any given day from cobia to permit to tarpon to snook.

And wherever his next guiding adventure takes him or his clients – which have included the likes of NBA Hall of Famer Michael Jordan among others – the guide works hard to ensure that he and his clients are properly hydrated.

“It’s easy to get dehydrated and in Florida, you’ve got to be concerned about it most days of the year,” said Gozdz, who guides anglers to a variety of inshore and offshore species along the state’s eastern coastline (www.flatlinedcharters.com; (772) 284-5922).

“I’m big on drinking water and Gatorades all day long,” he added. “That comes from my medical background because I know how important it is to stay hydrated.”

Why is dehydration such a big deal?

While these symptoms and potential problems aren’t an end-all medical treatise on the subject, dehydration can cause some uncomfortable physical ailments that can range from decreased appetite to increased thirst to headaches and overall fatigue.

It can also bring about a real medical emergency as such things as decreased urine output, increased heart rate, dizziness, confusion and even fainting can occur. 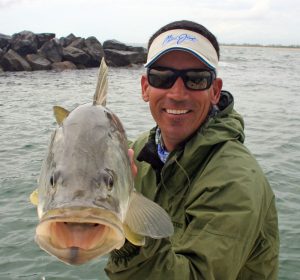 And at its very worst, dehydration can even prove to be severe enough that it becomes a fatal condition.

Obviously, such potential physical issues from dehydration are reason enough to stay hydrated while enjoying a day of fishing out on the water.

That’s especially true as the body works overtime to land the big bucket list fish of a lifetime.

“If you get on a big tarpon, the fight can last over an hour and you can easily get dehydrated,” said Gozdz.

“And it’s not just (the effect on the body either). I think with any sport, you’re not going to be able to perform as well if you’re not hydrated.”

And that includes tournament bass fishing, a sport where competitors get such tunnel vision at times that they can go hours without taking a drink of water.

At best, that can affect an angler’s performance in crunch time. And at worst? Well, let’s just say that no one wants to go there.

“If you’re not completely hydrated, you’re not going to be able to kick it up a notch when you need too,” said Gozdz.

Since the overall physical health of a person and any medications that they happen to be taking can all play a role in staying properly hydrated, it’s a good idea to discuss the issue with your physician before getting out onto the water each year.

Then, of course, be sure to carefully follow their professional medical advice to avoid any potential problems.

Aside from that, just as any coach will tell a football player heading into fall practice, proper hydration is something that you want to tend to before, during and after an outing.

In Gozdz’ case, doing that means drinking enough water prior to a day spent fishing.

And it means drinking enough water and electrolyte replacement drinks during a day on the water to keep up with fluids lost by sweaty exertion.

To keep pace with his and his client’s hydration needs, Gozdz keeps a  couple of super coolers loaded and ready for business in his boat.

“We (always) have a couple of YETI’s on board (each day),” he said. “One is a client cooler with water, ice and refreshments. And I have my own personal YETI cooler that I keep my own water, Gatorade and lunch in.” 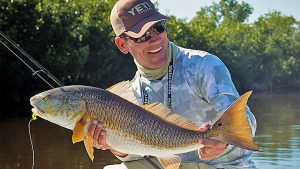 Given the hot, harsh climate that exists on Florida’s many salt and freshwater fishing venues, Gozdz suggests that anglers pre-condition a super cooler the day before a trip to gain maximum chilling efficiency.

“I’ll load the YETI coolers up with ice the day before to cool them down,” he said. “Then the next morning, I’ll pack and fill them to the top with ice (again).

“That helps us get maximum efficiency,” he added. “And it also helps to pre-cool your food and drinks in a refrigerator the night before.”

While such thoughts of hydration and cooler packing rarely fill the thoughts of an angler the night before a big trip, giving a little attention to this topic can go a long way.

Towards making a fishing trip a memory that will last a lifetime, an outing full of smiles, good times and backslapping among family and friends.

Rather than crashing in a hotel room trying to recover in front of the AC.

Or something even worse.