One of the things I recently learned in my last American Bass Anglers tournament on May 6 on the Potomac river is that little things can make a huge difference. Things like the knot you tie, the action of the rod you use, and even the size of the hook you use, can all make a huge difference. IT especially matters when it comes to hooking and landing bass either in a tournament or as a recreational fisherman. 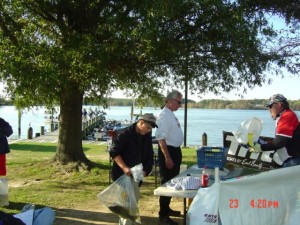 In the tournament I switched from a chatterbait to a Junebug Ultravibe Speed Worm which I was just slow rolling over the submerged grass. I was originally using a 6’6 Denali Jadewood Finesse rod that had a medium action. But, after jumping off a three to four pound fish and losing another one, my partner told me to switch rods. So, I switched to a 7’ medium action rod. The switch helped me land more fish, and I’m assuming it was because they were hooked more solidly than the bass that I was hooking with the shorter rod. The 7-foot rod gave me an advantage when the bass would strike.

Other things matter too. Things like the speed of your lure also are crucial as I learned in that tournament. If I slow rolled the bait I would get more bites than if I sped up my retrieve. What was happening as far as I can tell was that with my 3/16-ounce steel bullet weight was that It would cause the bait to fall into the grass below the surface in two to three feet of water on the grass flat we were fishing. I was slow rolling the bait through submerged coontail growing up off the bottom I knew it was coontail because I was snagging it with my bait and bringing it back to the boat. I was simply pulling these bass out of the grass below the boat.

One of the other things I noticed when all this was going on was that my partner was working a Texas rigged Berkley Power Worm down on the bottom while I was working my lure around the middle of the water column on the grass flat. Him doing this kind of let me know when we would enter a little pod of fish because when he would get bit on the bottom with his power worm, that would tell me that we would had found a school on the flat and that I could pick off the rest of the bass in the pod with my Ultravibe Speed Worm. I would get anywhere from one to three bites in each pod.

During the tournament, the first fish I hooked into with the Speed worm surprised me; I never even knew I had it on. I thought I had just run my lure into a large clump of grass and was pulling it along and never thought of setting the hook. It turned out that what I thought originally was grass was really a three to four-pound bass that jumped and eventually came off. All this was happening as my Denali Rod was almost doubling over my partner kept asking me if I had a fish at least twice before I actually saw I had a bass on. This just goes to show you and reinforces the saying “hook sets are free” and what you hear the pros say, which is. “Setting the hook on anything that feels good.” 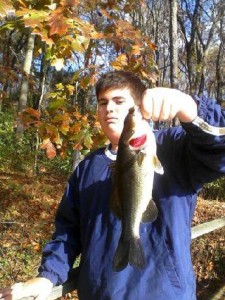 I also learned that I need to learn to slow down, especially the last few hours of an outing. I found myself speeding up my retrieve as the day got closer to an end. I would get a bite and miss it, which reminded me to stop and slow down again because I knew that the pods of bass we were targeting wanted a slower retrieve and would miss, or ignore my speeded up retrieves, this goes to show you that you need to be aware of how you are retrieving your lure at all times, because it could be the difference in the number of bites you get in a day’s worth of fishing.

Also, as a bass fisherman especially; you always hear it, retie often throughout the day. I told you earlier of the bass that I lost during the tournament right at the boat. it looked like the line broke as the fish started zigzagging alongside of the boat after eating the lure not but a few inches away.

I’m pressed to believe that If I had retied my lure that I would have been able to control that fish long enough for my partner to net the fish. If it was not for the strength the fish put on the weakened 10 pound test Trilene XL Line, I may have landed that fish. Also, I’m convinced that my 3/16th ounce Steel sinker was critical for my lure’s success, especially because the first bite I got with the worm, I’m positive that the bass ate the worm as it was falling through the submerged grass. 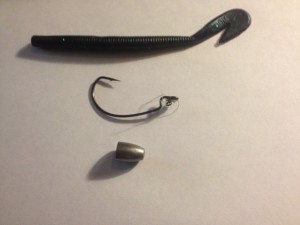 I guess what I’m saying is that you have to pay attention to the little things, because they can make a difference for you every time you go on the water.