GUNTERSVILLE, Ala. – Duckett Fishing, an Alabama-based company that introduced the world’s first, mass-produced microguide-technology fishing rods, is moving its corporate headquarters to Guntersville, Alabama , the city and the company announced today.

“In my opinion, Lake Guntersville is the greatest bass fishing lake in the country, and the city of Guntersville is one of the nicest places on earth. I am pleased that the city is welcoming Duckett Fishing into its business community, and the business park is a natural fit for our operation,” Duckett said.

Conners Island Business Park , which is owned by the Guntersville Industrial Development Board and co-managed with the City of Guntersville , offers a dual distinction. The park is an Alabama AdvantageSite, which assures a smooth location process, while also being recognized as a TVA Primary Data Center location. 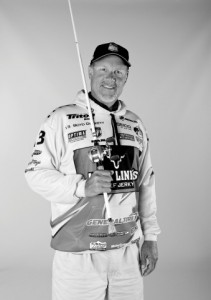 “Guntersville is extremely pleased to welcome Duckett Fishing to our community,” said Guntersville Mayor Leigh Dollar. “With fishing and tourism being key pillars of our economy, we couldn’t have picked a better fit for the first major tenant in Conners Island Business Park .”

In addition to his role as company owner and executive, Duckett is a professional angler who competes on the B.A.S.S. Elite Series and Outdoor Channel’s Major League Fishing. Duckett also captured the 2007 Bassmaster Classic title.

Guntersville and Conners Island are located in mountain-lakes region of North Alabama and in the heart of the state’s booming aerospace and technology corridor. Conners Island offers 400-plus acres in a unique setting, with easy four-lane access to nearby Huntsville . Well-suited for manufacturing, distribution, data center and corporate facilities, the park is adjacent to the Guntersville Municipal Airport , currently developing an FAA-approved 5,000-foot runway expansion project. For more information about Conners Island, visit: http://www.connersisland.com/index.php/home. For more information about Guntersville, Alabama, please visit: http://www.guntersvilleal.org/home/index.php.

Boyd Duckett, is a former Bassmaster Classic champion and the No. 2 all-time Bass Angler Sportsman Society (BASS) single-season earnings leader. Duckett competes annually on the BASS Elite Series Tour and in selected FLW and Professional Anglers Association events. Duckett is also a founder of and competitor on Outdoor Channel’s Major League Fishing, the innovative and extremely popular made-for-television, competitive bass fishing series that features 24 of the world’s best anglers. Duckett is a much sought-after public speaker and a leader among his peers. Other top anglers look to Duckett as a spokesman for the sport and the industry. While his fishing titles place him among an elite group of world-class anglers, Duckett is equally well-respected as a businessman.

In addition to his role as CEO of Duckett Fishing, Duckett also previously served as owner and head of operations for Southern Tank Leasing, an Alabama-based company with terminals throughout the Southeast and Midwest . He was also a partner in a second tank leasing franchise, Charlotte, North Carolina-based Duckett Tank Leasing, an operation that he and his brother, Errol Duckett, owned and operated. Duckett recently sold Southern Tank Leasing to a Houston-based management group and has stepped away from the tank leasing industry to concentrate fully on his fishing career.

During the 1990’s, Duckett lived in Nashville and served as a partner and manager with two music companies. Duckett’s companies managed the careers of several country music singers, including Tim McGraw, Ty Herndon and Joe Diffie – who, while under Duckett’s management, recorded No. 1 hits. You can read about Duckett’s fishing and business careers through his columns and blogs on BassZone and Advanced Angler. You can also follow Duckett’s career through his Facebook pages: Boyd Duckett, Professional Angler and Duckett Fishing.